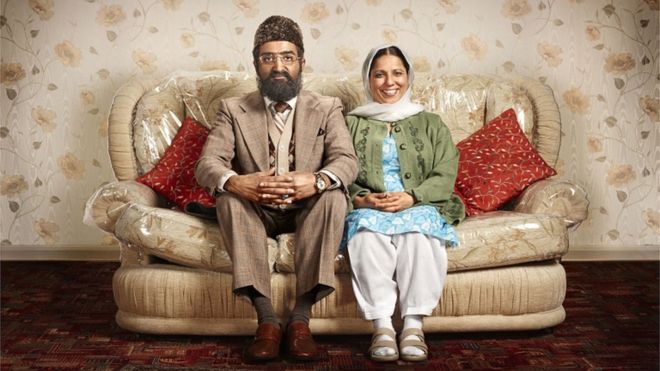 A BBC sitcom has been criticised as “Islamophobic” during a Commons debate about whether the BBC’s programmes and staff reflect UK diversity.

Labour’s Rupa Huq criticised Citizen Khan’s depiction of a “quite backward” family of Muslims.
The show was accused of stereotyping Muslims when it started in 2012 and its creator, Adil Ray, has told the Radio Times he had received death threats.
The BBC said the award-winning show had received much positive feedback.
But Ms Huq, MP for Ealing Central and Acton, whose sister Konnie is a former Blue Peter presenter, said: “I feel as if I didn’t know what the year is … you would think it’s an everyday tale of a Birmingham family of Muslims but they’re really quite backward.
“Again, the Islamophobic point [Labour MP Chuka Umunna] made, it’s a beardy weirdy chap and they’re not quite cutting off people’s hands but I can imagine that being in a future episode.”

Citizen Khan prompted complaints when it launched in 2012 and Mr Ray has previously said he had received abuse from people who believed it was making fun of Islam or stereotyping Muslims.
But the show has won various awards at the Royal Television Society and Asian Media Awards.
A BBC spokesman said: “The fact that Citizen Khan returns for its fifth series this year is a sign of its popularity with all audiences – indeed the show has won several awards, including Best TV character at the Asian Media Awards.
“We’ve also had positive comments from members of the Muslim community for the show and for creator Adil Ray who, like the family portrayed, is a British Pakistani Muslim. As with all sitcoms the characters are comic creations and not meant to be representative of the community as a whole.”

Ms Huq made her comments during a backbench debate called by former culture minister David Lammy.
Mr Lammy accused the BBC of hiring “the same old faces from the same old schools to the same old jobs” and said he had been contacted by black and Asian BBC staff who said “that they cannot speak up because they do not want to be labelled a troublemaker”.
He also said the Chinese community was “totally invisible” on the broadcaster and said the BBC’s new charter must address the lack of progress in boosting ethnic minority representation.
He said although the BBC ran 29 schemes aimed at ethnic minorities between 1999 and 2014, the situation was not improving and the proportion of ethnic minority staff had dropped from 13.1% in 2015 to 12.2% now.
The Labour MP for Tottenham praised the diversity of children’s television, BBC Three and documentaries but questioned whether there was sufficient diversity in management.
He said: “We all go into Broadcasting House and see the security, see black staff at the junior ends, but walk into that newsroom, think about the editorial decisions that are being made, and ask yourself, is that really representative of our country as a whole?”
Conservative MP Helen Grant suggested the BBC could voluntarily disclose data on the recruitment, retention, promotion and pay of staff from ethnic minorities.
Labour Sunderland Central MP Julie Elliott said the BBC should reflect every region in the UK, adding that Salford – where the BBC’s MediaCity UK is based – was “not where the North ends”.
Earlier, Mr Umunna attacked the “representation of our Muslim communities” on TV.
He said “rising Islamophobia” could partly be blamed on broadcasters’ use of “community leaders who purport to speak for that community but have no mandate whatsoever to do so”.
Source: http://www.bbc.co.uk/news/uk-politics-36048059