Ice Cube, Bloomberg Politics Interview: “The Fact That You Even Have To Say ‘black lives matter’ Lets You Know How Bad The Problem Is”. 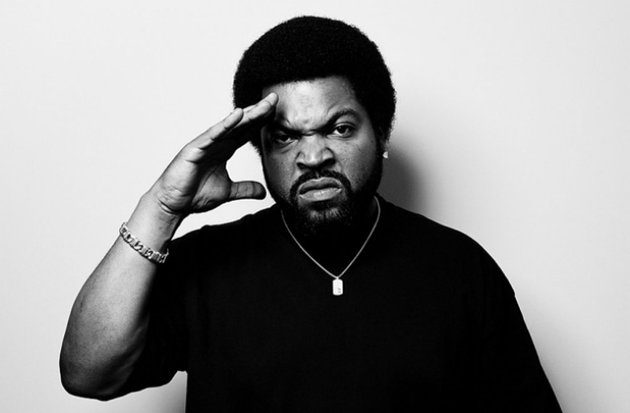 Rapper-turned-actor Ice Cube offered his thoughts on the Black Lives Matter movement, in the wake of comments former president, Bill Clinton made about the organization. According to Cube, the mere fact that Black Lives Matter exists proves “how bad the problem is.”

The musician also responded to comments from those who question if black lives matterto black people.

“The fact that you even have to say ‘black lives matter’ lets you know how bad the problem is,” Ice Cube said. “And I know a lot of people blur the lines and say ‘Well, do black lives matter to black people?’ Of course they do. And they talk about black on black crime, but all communities commit crime against their own…The government killing citizens, that is a whole different texture and a whole different argument. And it’s apples and oranges to me.”
Ice Cube later explained that any concerns about past comments Hillary Clinton made, specifically those about “super-predators,” are warranted given that the politician could possibly become president.
“She might be the president of the United States,” he said. “And if she becomes the president of the United States, we need to know what she’s thinking. How does she think. How is she gonna handle this. How’s she gonna fix this. She helped create it in a way. How are you gonna fix this?”
Prior to speaking on Black Lives Matter and Hillary Clinton, Ice Cube was asked why there’s been a decline in political Hip Hop given the highly-charged, political climate currently present.
“It’s not rewarded at all,” the rapper said. “It’s not rewarded on radio…If you go political and go hardcore with it, you just really kinda set yourself straight into the underground. About ’93, the gatekeepers of the airwaves started to say ‘You know, that kind of political rap, we’re really not gonna play that. It’s not really a style.’ And they started to play and promote the escapism kind of rap. Sex, drugs, money, cars, women, clothes, clubbing. All the excess became more popular and more exposed.”
Video of Ice Cube speaking on Black Lives Matter and Hillary Clinton, can be found below.
Source: http://hiphopdx.com/news/id.38327/title.ice-cube-defends-black-lives-matter-while-discussing-the-clintons