BREAKING NEWS: Prostate Cancer Medication “Degarelix” Could Be The New Treatment For Paedophilia. 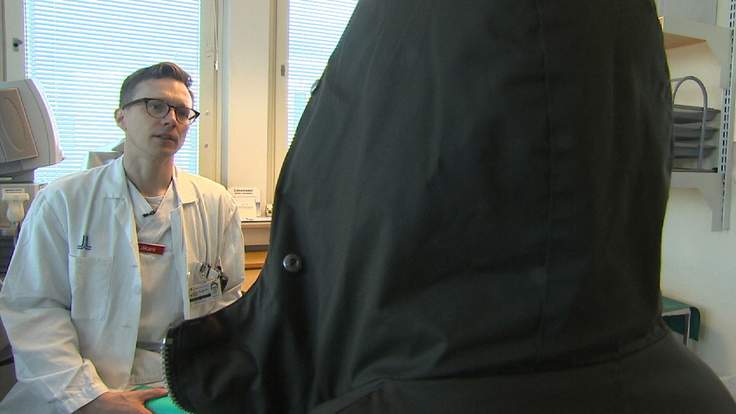 Paedophiles are being treated with medication as part of a groundbreaking study to see whether it can prevent them from abusing children.

In the first scientific trial of its kind, men who are having sexual fantasies about children are being given a drug normally used to treat prostate cancer.
The drug, called degarelix, dramatically lowers levels of the male sex hormone testosterone, roughly to those of a prepubescent boy.
Sky News was given exclusive access to the trial at the Karolinska Institute in Stockholm, Sweden.

The drug being used is normally given to prostate cancer patients

Lead researcher Dr Christoffer Rahm said the drug had been shown to reduce sex drive in cancer patients, raising hopes that it could also reduce the risk of paedophiles sexually abusing children.
He said: “What is considered to be a negative side effect when you use the drug for advanced prostate cancer – reduced sexual arousal – is the effect we want to have in this context (treating paedophilia).”
The researchers will give a single injection of degarelix to 60 paedophiles who volunteer to join the study. None of the men have sexually abused children.
They will be compared with an equal number of men given dummy placebo injections.
Neither the men nor the doctors will know who is getting active medication and it is the first time a rigorous scientific trial has been done on paedophilia treatment.
Past attempts at chemical castration have been anecdotal and inconclusive.
But degarelix is a newer drug that has an immediate testosterone-lowering effect.
Dr Rahm said: “It’s important we have evidence-based treatment.
“We need to shift the focus away from what to do when the damage is already done on to preventing the sexual abuse happening in the first place.”
Sky News met one young man involved in the study. We agreed to protect his identity and gave him a fake name.
‘Anders’ has not abused children, but fears he might.
He told Sky News: “We didn’t choose to be this way. Nobody would, obviously. And yet nobody accepts us, everybody hates us, we can’t be open with it.
“Hopefully (the drug) will take my mind off these things so I don’t have to be so frustrated and miserable.”
All the men in the study will have a series of MRI brain scans taken while they look at computer-generated images.
Anders’ brain scan shows more activity in areas involved in visual processing and arousal when he sees images of children.
The researchers hope to identify a typical ‘brain pattern’ of a paedophile and that treatment will normalise the scan results.
Read on: http://news.sky.com/story/1674062/clinical-trial-of-treatment-to-cure-paedophiles