Next To Trim Annual Full Price Sales Guidance, To Tackle The Slow-Down In Consumer Spending. 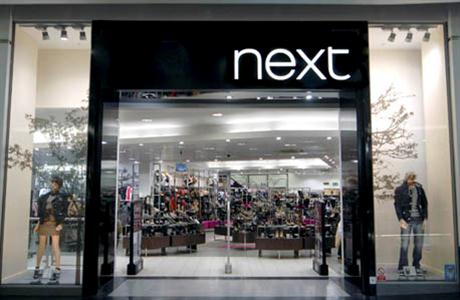 Next has issued another downbeat trading statement, lowering its guidance on full price sales for its current financial year.

The FTSE 100 firm, which had previously warned that the year could prove the toughest since the financial crisis, said annual profits could also be dented further after full price sales decreased by 0.9% between 31 January and 2 May.
Store sales were down 4.7%.
It blamed wintry weather extending into March and April for denting demand but there were early signs now of a pick-up given brighter conditions in recent days.
Next said it was trimming its annual full price sales guidance to between -3.5% and 3.5%.
It added that profits could dip by as much as almost 9% in its new range of between £748m and £852m.
The figures, Next said, represented a fall of almost 9% or growth of 3.7% respectively.
It added that there were possible early indications of a wider slowdown in consumer spending – a scenario retail industry body the British Retail Consortium was aiming to tackle in a separate report on Wednesday highlighting three years of shop price deflation.
Next’s trading statement said: “Much colder weather in March and April reduced demand for clothing, particularly over the Easter holiday period, which was unusually warm last year.
“In the same period our home and furniture full price sales, which are much less weather dependant, were up 7%.
“We believe it is unlikely (but possible) that sales will deteriorate further, and we have seen a significant improvement over the last few days as temperatures have risen.
“However, the poor performance of the last six weeks may be indicative of weaker underlying demand for clothing and a potentially wider slow-down in consumer spending.”
Julie Palmer, partner and retail expert at Begbies Traynor, said: “Worryingly the upcoming EU referendum could further dampen the retailer’s spirits as both consumers and investors alike take a more cautious approach to their finances ahead of the Brexit vote.”
Next’s share price has lost almost a third of its value since the start of the year.
It fell almost 2% in early trading before recovering ground quickly to be the strongest riser on the FTSE 100 – up more than 3% as investors digested hopes that positive sales of recent days suggested shoppers were waiting for warmer weather to arrive.
Source: http://news.sky.com/story/1689828/next-reduces-full-price-sales-guidance