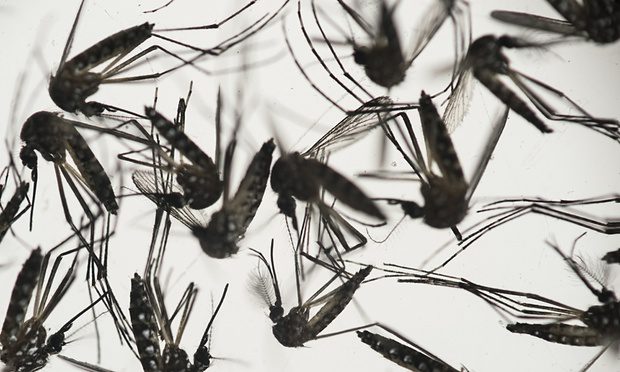 #WeGotYourBack #WeGotItCovered #Health #WorldHealthOrganisation #Warning #VirusSpreading #ZikaVirus #BirthDefects
The World Health Organisation has convened an emergency committee on the “explosive” spread of the Zika virus linked to thousands of birth defects in Latin America.
“Last year the disease was detected in the Americas where it is spreading explosively,” WHO director-general, Margaret Chan told a special briefing in Geneva.
She it was “deeply concerning” that the virus has now been detected in 23 countries in the Americas.
The spread of the virus has prompted governments across the world to advise pregnant women against going to the areas where it has been detected.
Chan said: “The level of alarm is extremely high. Arrival of the virus in some cases has been associated with a steep increase in the birth of babies with abnormally small heads.”
There is no vaccine or cure for Zika, which has been linked to the birth defect microcephaly, a serious condition involving abnormally small heads that can cause lifelong developmental problems.
Chan said: “A causal relationship between Zika virus and birth malformations and neurological syndromes has not yet been established, this is an important point, but it is strongly suspected.”
She added: “The possible links have rapidly changed the risk profile of Zika from a mild threat to one of alarming proportions. The increase incidence of microcephaly is particularly alarming as it places a heartbreaking burden on families and communities.
Chan outlined four reasons for alarm. “First, the possible association of infection with birth malformations and neurological syndromes. Second the potential for further international spread given the wide geographical distribution of the mosquito vector. Third the lack of population immunity in newly affected areas. Fourth, the absence of vaccines.”
She added because of this year’s El Nino weather patterns mosquito populations are expected to spread.
She announced: “For all these reasons, I have decided to convene an Emergency Committee under the International Health Regulations.”
The Committee will meet on Monday and will advice on the international responses and specific measures in affected countries and elsewhere.
Since September, Brazil has registered nearly 4,000 cases of babies with microcephaly.
Brazilian President Dilma Rousseff pledged to wage war against the Aedes aegypti mosquito that spreads the virus, focusing on getting rid of the insect’s breeding grounds.
Lawrence Gostin, a public health law expert from Georgetown University and member of a commission that criticised the WHO for its response to the Ebola virus, warned that the Zika has has an “explosive pandemic potential”.
Speaking to BBC’s World Service said: “With the Rio Olympics on our doorstep I can certainly see this having a pandemic potential.”
He said every review of the WHO’s response to Ebola found that it was “too little, too late”.
Interviewed minute’s Chan’s announcement, he said: “I’m disappointed that WHO has not been acting pro-actively. They have not issued any advice about travel, about surveillance, about mosquito control.”
Read on: http://www.theguardian.com/world/2016/jan/28/zika-virus-spreading-explosively-says-world-health-organisation