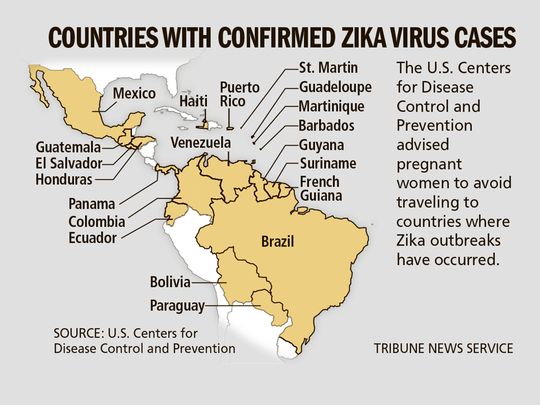 The BBC has reports that a  rare case of the Zika virus is being transmitted through sex, not a mosquito bite, in the US.

The U.S. Centers for Disease Control and Prevention (CDC) has identified the first sexually-transmitted case of the Zika virus, confirming for the first time that the spread of the virus is not limited to mosquitoes.
A patient infected in Dallas, Texas, is likely to have been infected by sexual contact, the Centers for Disease Control (CDC) told the BBC.
The person had not travelled to infected areas but their partner had returned from Venezuela.
Zika is carried by mosquitoes and has been linked to thousands of babies being born with underdeveloped brains.
It is spreading through the Americas and the World Health Organization (WHO) has declared the disease linked to the virus a global public health emergency.
The American Red Cross has meanwhile urged prospective blood donors returning from Zika-hit countries to wait at least 28 days before donating their blood.
The “self-deferral” should apply to people returning from Mexico, the Caribbean or Central or South America during the past four weeks, the Red Cross said in a statement.
Elsewhere:

Meanwhile, Brazil – the country worst hit by the outbreak – has revealed it is investigating 3,670 suspected cases of microcephaly in babies linked to the Zika virus.
Source: http://www.bbc.co.uk/news/world-us-canada-35478778
Source: https://www.youtube.com/watch?v=1EP3hHx1DdA