Woman turns into ‘leopard’ after trying to bleach her skin 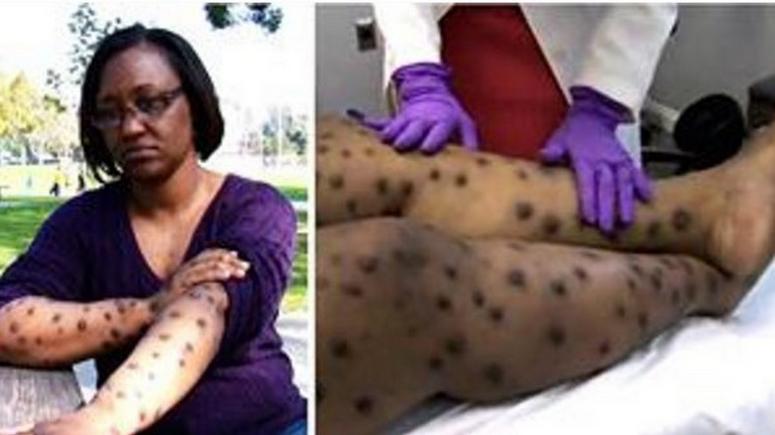 Woman turns into ‘leopard’ after trying to bleach her skin

A woman found out the hard way about the consequences of skin bleaching.

With every woman now getting the idea that bleaching means one is beautiful, women from all social classes have taken to skin bleaching.

Despite the constant warning about the bad side effects of skin lightening the number of women buying bleaching cream is on the increase.

Owethu Mlilo is now the latest victim of how a simple skin formula can ruin your skin.

“The cream came recommended by a friend who had achieved amazing results with it. I had tried many bleaching creams but none of them worked. My friend said I should try this new cream on the market as it would give me faster results” she says.

“I began to see a slight change but it irritated my skin and it wasn’t long before i started seeing black spots appearing. At first I thought they were just a small side effect until they started to increase in number and in size”

It didn’t take long before the black spots filled her skin and she stopped using the cream altogether. She says she wears long sleeved clothes now and wears hats and shades now.

Everywhere she goes people looks at her such that she is considering wearing the hijab worn by Islam woman to cover herself.

She regrets bleaching her skin and has a message for other women. “Be proud of your skin color. You’re beautiful the way you are and don’t try to change it”

She is receiving treatment to minimize the discoloration on her body.