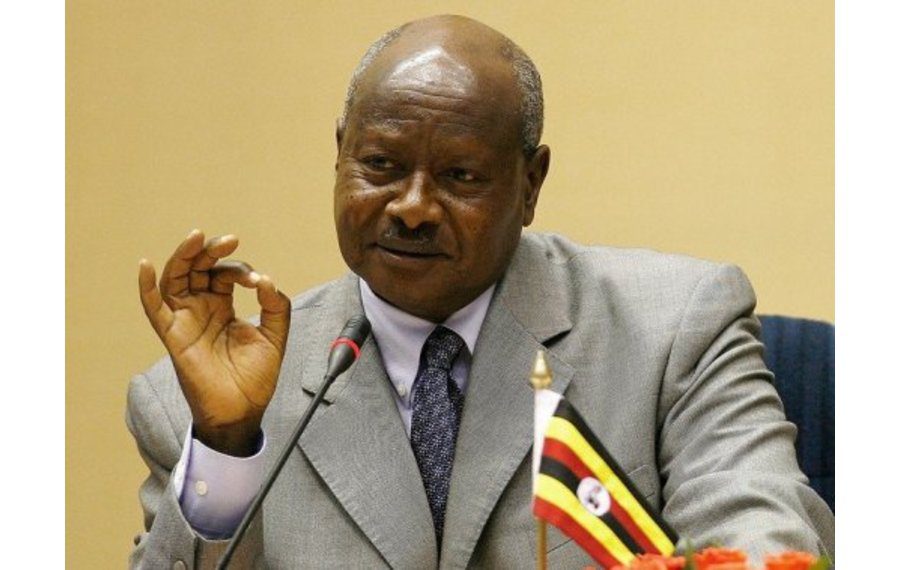 KAMPALA – Ugandan police fired teargas on Thursday to disperse demonstrators who had gathered to march towards parliament to protest against draft legislation that could extend longtime leader Yoweri Museveni’s rule.
The move to amend the constitution has met widespread resistance from activists, civil society organisations, religious leaders and even some members of Museveni’s own ruling party.
The bill is set to go before parliament later on Thursday.
Groups of students at Makerere, a public university in the capital Kampala, had rallied to start marching towards parliament before police dispersed them with teargas.
“We are not going to allow anybody to hold protest marches. The teargas was to deter that,” police spokesman Asan Kasingye said.
A Western ally who sent the Ugandan military to fight Islamist militants in Somalia, Museveni won plaudits in the early years of his rule for restoring stability after years of turmoil and for drawing foreign investment.
But rampant rights violations, entrenched graft and dysfunctional public services have since eroded his standing and fuelled opposition to his rule.
At 73, Museveni, who has already been in power for more than three decades, is ineligible to stand for re-election at polls in 2021 as Uganda’s constitution sets a ceiling for presidential candidates’ age at 75 years.
The move to amend legislation mirrors similar tactics used in Rwanda, Burundi and the Democratic Republic Congo to extend limits, a trend that has alarmed democracy watchdogs.
Police have also raided the premises of at least two pro-democracy organisations in Kampala, including that of the local unit of Johannesburg-based ActionAid International.
Security personnel blockaded staff inside their offices late on Wednesday and conducted searches, staff members of the organisations told Reuters.
“There was intelligence that we got that they received funding for people who are planning to cause chaos and violence,” Kasingye said.
Local media have also reported that Kampala’s mayor Erias Lukwago, an opposition party member, had been detained early on Thursday, though Kasingye said he was unaware of the claims.
Museveni’s bid has also met increasing denunciation from some members of the ruling National Resistance Movement (NRM) Party, exposing cracks.
The NRM counts about three-thirds of all parliament members.
“Ultimately…Museveni has ample patronage at his disposal and, when push comes to shove, few lawmakers will be prepared to risk political exile by not backing the president,” said Charlotte King, a Uganda analyst at the Economist Intelligence Unit.
The US Embassy in Kampala condemned the raids on pro-democracy groups.
“The United States is deeply concerned that recent arrests and raids stifle the Ugandan people’s right to free expression and tarnish Uganda’s global image,” it said in a statement.
The move to amend the constitution has met widespread resistance from activists, civil society organisations, religious leaders & even some members of Museveni’s own ruling party
Source:  http://ewn.co.za/2017/09/21/protests-teargas-in-uganda-as-museveni-seeks-to-extend-rule