Tupac’s 1996 Hummer H1 Is Back Up For Auction After Previous Buyer Defaults On Payment. 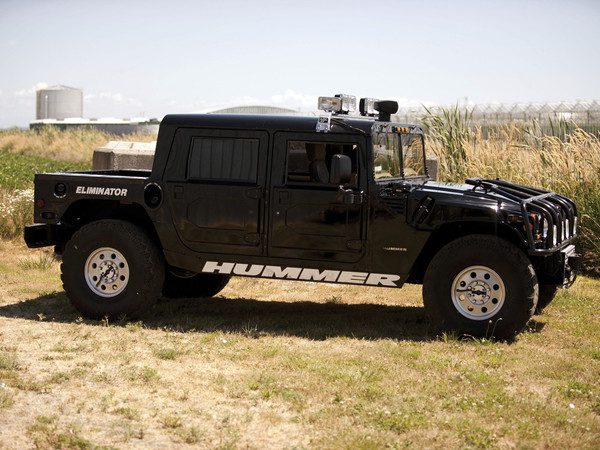 #WeGotYourBack #WeGotItCovered #BreakingNews #HipHopDXNews #EntertainmentNews #TupacShakur  #1996 #HummerH1 #Auction #RRAuctions
Diehard Tupac fans with plenty of cash to spend are in luck. The late rapper’s 1996 Hummer H1 is going back up for auction after its last buyer failed to pay for the vehicle.
RR Auction will start accepting bids on Tupac’s old ride on August 10 before concluding the bidding on August 17. The Hummer has been relisted at an estimate of $100,000. The vehicle previously sold for $337,000 in May 2016 to a bidder from Ohio who defaulted on the payments.
Tupac bought the Hummer on August 16, 1996, just a month before his death. RR Auction has determined it was likely the last vehicle ever purchased by the influential MC, adding a special wrinkle to its value.
The SUV is equipped with a 6.5 liter, turbo diesel V-8 engine with automatic transmission and comes with a license plate which reads “YAKNPAK” in honor of Tupac’s friend Yaki “Prince” Kadafi. It also contains promotional cassettes for his double album All Eyez on Me as well as Michael Jackson’s Thriller.
The Hummer was fully customized by Tupac and boasts the following features:

Tupac’s “What I Believe” original handwritten poem, a handwritten letter and signed photo from when he was detained at Clinton Correctional are also up for auction.
Get more info at RR Auction’s site.
Source: http://hiphopdx.com/news/id.44309/title.tupac-shakurs-hummer-back-up-for-auction