The Daily Mail ” Sweden Is Naive, And An Example Of The Negative Consequences Of A Liberal Migration Policy. 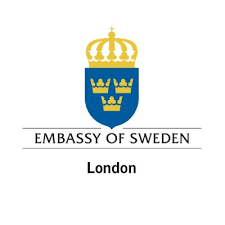 #WeGotYourBack #WeGotItCovered #BreakingNews #GuardianNews #Sweden #MigrationPolicy #Ambassador NicolaClase #PrimeMinisterStefanLöfvens
Sweden’s leading news agency, TT, quoted from a report sent by the embassy to the foreign ministry in Stockholm which states: “Sweden is being used as a deterrent and an argument against allowing more refugees into the UK… The tabloid Daily Mail has launched a campaign against Swedish migration policy.
The report, approved by the Swedish ambassador Nicola Clase, was sent to the offices of Sweden’s prime minister Stefan Löfvens and foreign minister Hans Dahlgren.
It also refers to an incident last month in which a worker at a refugee centre in Gothenburg, Alexandra Mezher, was stabbed to death, allegedly by an asylum seeker. The Mail carried several articles about the murder, including a follow-up about the Swedish city destroyed by migration.
But the embassy’s report pointed to the humanitarian success of Sweden’s migration policy, noting: “Sweden has been seen as a pioneer symbolising humanism, solidarity, transparency and has risen above all the challenges that Swedish society is facing with the large number of refugees.”
According to its report, the embassy is said to be working with various UK agencies, including PR firms, to counter what it regards as the negative portrayal of its government’s handling of the refugee crisis.
The embassy also noted that the stories republished by the paper’s digital arm,Mail Online, have received comments it regards as racist.
A Swedish embassy spokesman stressed that it is part of its routine work to send such reports to Stockholm. These are “statements of fact,” he told me.
Source: http://www.theguardian.com/media/greenslade/2016/mar/01/embassy-says-daily-mail-is-running-swedish-refugee-propaganda-campaign