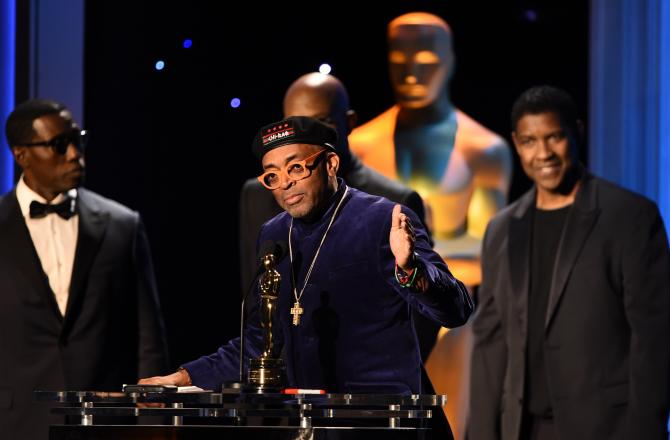 #WeGotItCovered #WeGotYourBack #EntertainmentNews #SpikeLee #OscarsBoycott #LackOfRacialDivrsity #Hollywood
The director is fed up with a lack of racial diversity in Hollywood. He explains on social media why he will not attend the award ceremony to receive his honorary Oscar.

Another black celebrity has decided to sit out the Oscars in February. Director Spike Lee joins actress Jada Pinkett Smith in protest against the lack of racial diversity among Oscar nominees.

For two consecutive years, the Academy of Motion Pictures Arts and Science nominated only whites for its major categories. The twitter hashtag, #OscarsSoWhite, chronicles the widespread outrage.
The Academy has awarded Lee an honorary Oscar, but he’s declining to attend the ceremony. He explains his position in a Facebook post. Here’s a copy of his statement as written:

“I Would Like To Thank President Cheryl Boone Isaacs And The Board Of Governors Of The Academy Of Motion Pictures Arts And Sciences For Awarding Me an Honorary Oscar This Past November. I Am Most Appreciative. However My Wife, Mrs. Tonya Lewis Lee And I Will Not Be Attending The Oscar Ceremony This Coming February. We Cannot Support It And Mean No Disrespect To My Friends, Host Chris Rock and Producer Reggie Hudlin, President Isaacs And The Academy. But, How Is It Possible For The 2nd Consecutive Year All 20 Contenders Under The Actor Category Are White? And Let’s Not Even Get Into The Other Branches. 40 White Actors In 2 Years And No Flava At All. We Can’t Act?! WTF
Read more:
http://www.theroot.com/articles/news/2016/01/spike_lee_announces_oscar_boycott.html?wpisrc=topstories