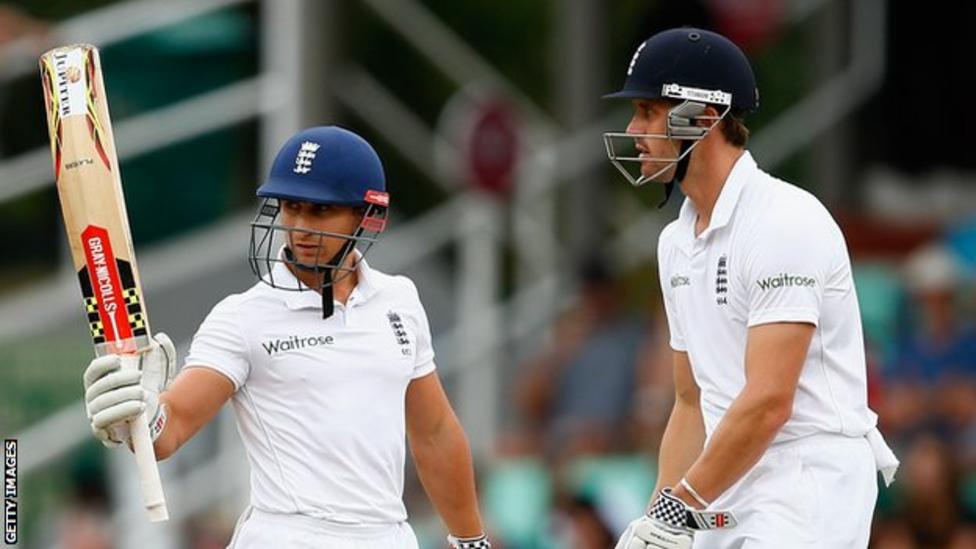 James Taylor and Nick Compton produced a very disciplined, hard-fought partnership on day one of the first Test in Durban.

It was exactly what England needed at the time after they had lost three quick wickets to leave them 49-3, and helped them reach 179-4 at the close.
Captain Alastair Cook suffered his first duck in 40 innings and I was surprised by Joe Root, who looked well set and confident but was dismissed by the spinners’ first delivery of the day, which did turn – perhaps a sign that spin will play a part in proceedings once the sun comes out and dries the pitch.
But to have players other than Root and Cook coming in and playing well when England were facing a problem is a good thing for the side. It shows they have others who can step into the breach.
I think everyone recognises that Taylor is a really promising young player. At 25, he is now completely different at the crease than when he first played Test cricket in 2012. He is much more confident.
Even Test Match Special summariser Graeme Smith was paying tribute to him today for the change he has seen in him at the crease.
He played really well, and it was sad that he got out in the dying moments of the day as Dale Steyn picked up his third wicket of the innings.
Link to full article: http://www.bbc.co.uk/sport/cricket/35182204