A massive bomb attack in a busy area of the Somali capital Mogadishu on Saturday is now known to have killed at least 230 people, police say.

Hundreds more were wounded when a lorry packed with explosives detonated near the entrance of a hotel.
It is the deadliest terror attack in Somalia since the Islamist al-Shabab group launched its insurgency in 2007.
It is not clear who staged the bombing, but Mogadishu is a target for al-Shabab militants battling the government.

President Mohamed Abdullahi “Farmajo” Mohamed has declared three days of mourning for the victims of the blast.
Local media reported families gathering in the area on Sunday morning, looking for missing loved ones amid the ruins of one of the largest bombs ever to strike the city.

Police official Ibrahim Mohamed told AFP news agency the death toll is likely to rise. “There are more than 300 wounded, some of them seriously,” he said.
Officials also confirmed that two people were killed in a second bomb attack in the Madina district of the city. 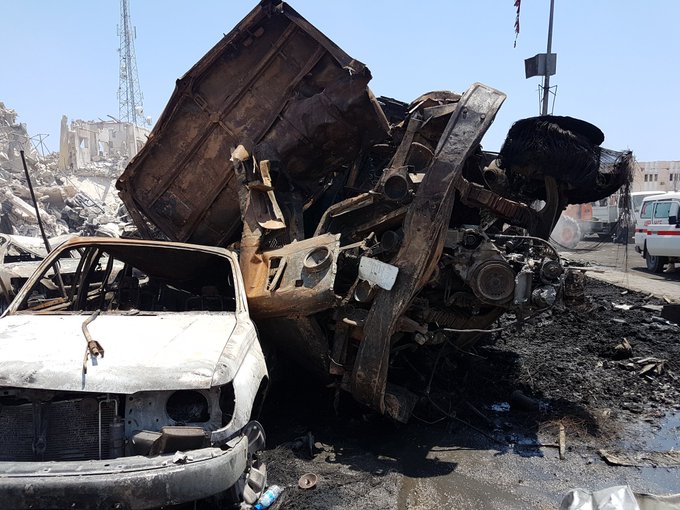 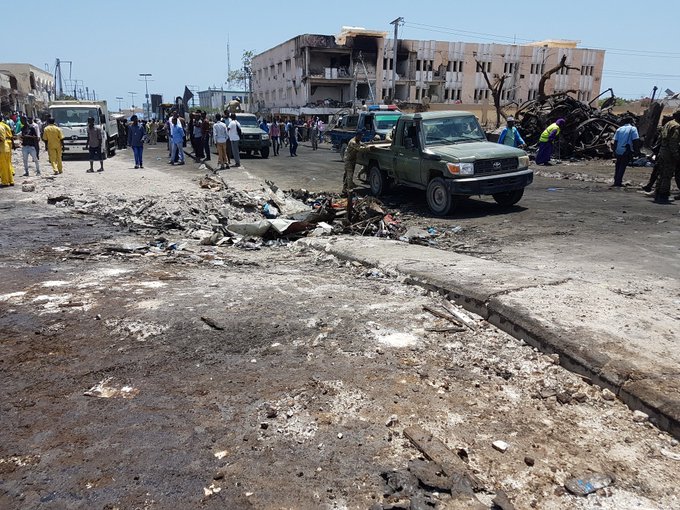 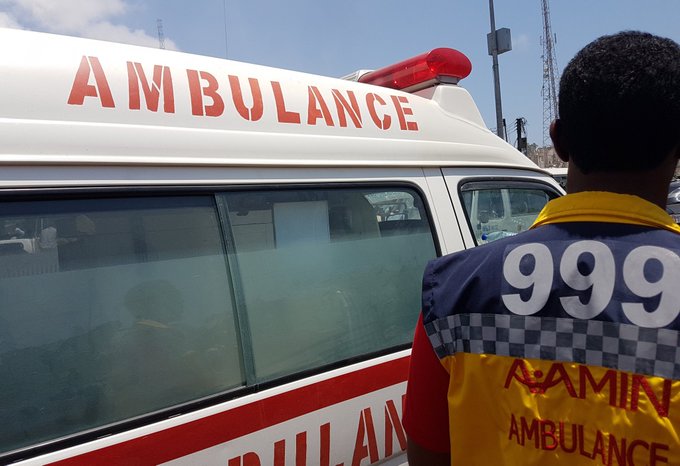 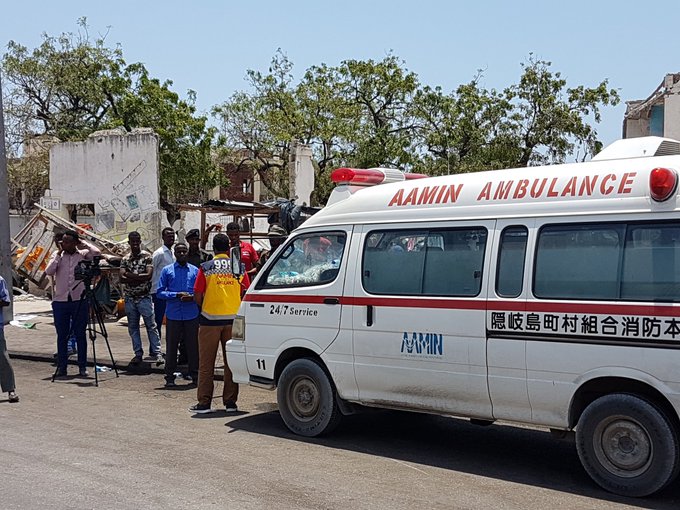 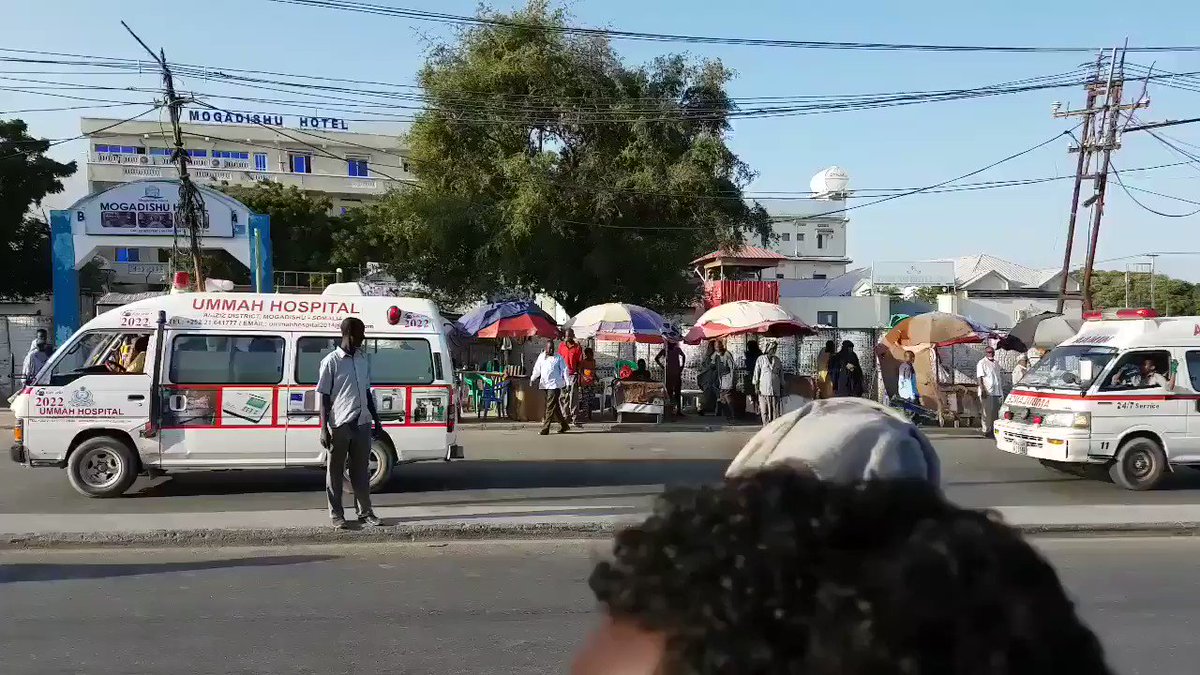 A BBC Somali reporter at the scene of the main blast said the Safari Hotel had collapsed, with people trapped under the rubble.
An eyewitness, local resident Muhidin Ali, told news agency AFP it was “the biggest blast I have ever witnessed, it destroyed the whole area”.
Meanwhile, the director of the Madina Hospital, Mohamed Yusuf Hassan, said he was shocked by the scale of the attack.
“Seventy-two wounded people were admitted to the hospital and 25 of them are in very serious condition. Others lost their hands and legs at the scene.
“What happened yesterday was incredible, I have never seen such a thing before, and countless people lost their lives. Corpses were burned beyond recognition.”

The international community has been quick to condemn the attack.
In a statement, the US Mission to Somalia said: “Such cowardly attacks reinvigorate the commitment of the United States to assist our Somali and African Union partners to combat the scourge of terrorism.”
UK Foreign Secretary Boris Johnson said: “My thoughts are with families of the victims, and the government and people of Somalia at this difficult time.
“Those responsible have shown no regard for human life or the suffering of the Somali people. The UK will continue to support Somalia in the fight against terrorism.”
Source: http://www.bbc.co.uk/news/world-africa-41621660