Solicitor General To Consider Sentencing Increases, Where There Is A Racial Element In Sexual Abuse Cases. 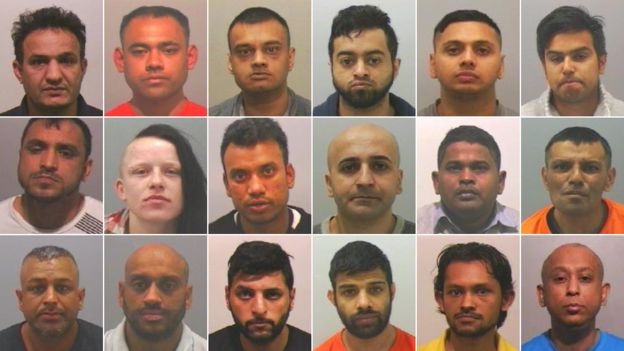 Gangs who sexually abuse young girls should be given longer prison sentences where there is evidence of racism, the solicitor general has said.

Robert Buckland told the Telegraph that racism cut “all ways” and should be “front and centre” when it is part of grooming and sexual abuse cases.
On Wednesday, 17 men and one woman were convicted over abuse in Newcastle.
They were mainly British-born from Bangladeshi, Pakistani, Iraqi, Indian Iranian and Turkish communities.
In Newcastle, victims as young as 14 were plied with alcohol and drugs before being forced to have sex by a “cynical organisation”.
Over the course of four trials, 20 young women gave evidence covering a period from 2011 to 2014.

However, some politicians have questioned why their offences were not seen as being racially aggravated in the courts.
Mr Buckland said tougher prison sentences should be given when it was established that sexual abuse was racially aggravated.
“The law does not discriminate,” he said.
“When it talks about sentencing increases for racial aggravation it doesn’t cut one way, it cuts all ways.
“Where there is a racial element in sexual abuse cases the law is clear that courts can apply a sentencing uplift.”

The trials in Newcastle followed a number of similar cases – including in Rotherham and Oxford.
Mr Buckland expressed concern that fears of being accused of racism might have deterred the authorities from adopting a tougher approach.
“There has been an institutional reticence when it comes to Asian gangs that groom and abuse white girls,” he said.
“Some people have been more concerned about being labelled racist than dealing with child safeguarding.”

Speaking on Wednesday, Home Secretary Amber Rudd said sexual predators were “not restricted to any single ethnic group, religion or community”.
She added: “I want to be absolutely clear that political and cultural sensitivities must never be allowed to get in the way of preventing and uncovering it.”
Labour’s Sarah Champion said the UK needed “to be upfront that the majority of the perpetrators have been British-Pakistani”.
The Rotherham MP called for the government to research why this is happening.
“The government aren’t researching what is going on,” she said. “Are these cultural issues? Is there some sort of message going out within the community?”
Ms Champion said the “far right” would attack her comments for “not doing enough” and the “floppy left” would call her racist.
“This isn’t racist, this is child protection,” said the MP for Rotherham, where at least 1,400 children were found to have been exploited between 1997 and 2013.
Source: http://www.bbc.co.uk/news/uk-40909065