Six US Troops Killed In Afghanistan 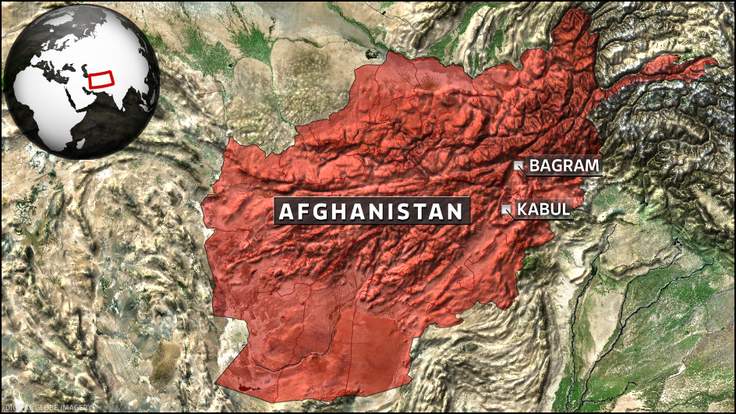 #WeGotItCovered #BreakingNews #WorldNews #SkyNews #USTroopsKilledInAfghanistan #Afghanistan
The attack comes a day after warnings that Afghanistan’s Helmand province is on the brink of falling under Taliban control.

Six US troops have been killed in a suicide attack near Bagram Airfield in Afghanistan.

The bomber rammed a motorbike laden with explosives into a patrol of NATO and Afghan forces near the US-run airfield, which is 30 miles north of Kabul.
The Taliban claimed responsibility for the bombing, which took place at 1.30pm local time.
NATO has not released the nationalities of its dead troops, as policy requires identification to come from their home nations, but a US official said the troops killed were American.
The official also said three people were injured – two Americans and an Afghan police officer.
US Army Brigadier General William Shoffner, head of public affairs at NATO’s Resolute Support base in Kabul, said: “Our heartfelt sympathies go out to the families and friends of those affected in this tragic incident, especially during this holiday season.”
The attack will be a blow to the confidence the coalition exuded when combat missions ended in the country a year ago.
A US force of around 9,800 troops remains in Afghanistan and, with contributions from other NATO countries, including the UK, there are around 13,000 foreign troops still in Afghanistan.
It was the first major attack – and the largest – since August, when three American contractors were killed in a suicide attack on their convoy in Kabul.
It comes a day after warnings that southern Afghanistan’s Helmand province was on the brink of falling to Taliban fighters, after intense battles between them and the Afghan Security Forces.
Helmand’s deputy governor Mohammad Jan Rasulyar said the insurgents took control of the Sangin district on Sunday, saying the number of casualties among the Afghan soldiers was “unbelievably high”.
The country’s Defence Ministry spokesman Dawlat Waziri said Afghan Army commandos and special forces had since arrived for a counter-offensive.
Helmand is an important base for the Taliban, as it has most of the world’s opium, which they use to fund their conflict.
All but two of Helmand’s 14 districts are effectively controlled or heavily contested by the Taliban’s fighters, according to officials. They also recently took over Babaji, a suburb of provincial capital Lashkar Gah, where British troops once had a major base.
It is understood US special forces have been sent to Helmand in recent weeks to help Afghan forces.
Kabul-based political analyst Haroon Mir told AFP: “The Taliban onslaught in Sangin is not just a military gain but also a huge propaganda score for the insurgents.
“The British and Americans bled to defend Sangin district and now Afghan forces are suffering the same fate.”
Link To Full Story: http://news.sky.com/story/1610166/six-us-troops-killed-in-afghanistan