“Rob & Big” Star Big Black (Christopher Boykin), Passes Away. Cause Of Death Believed To Be A Heart Attack. 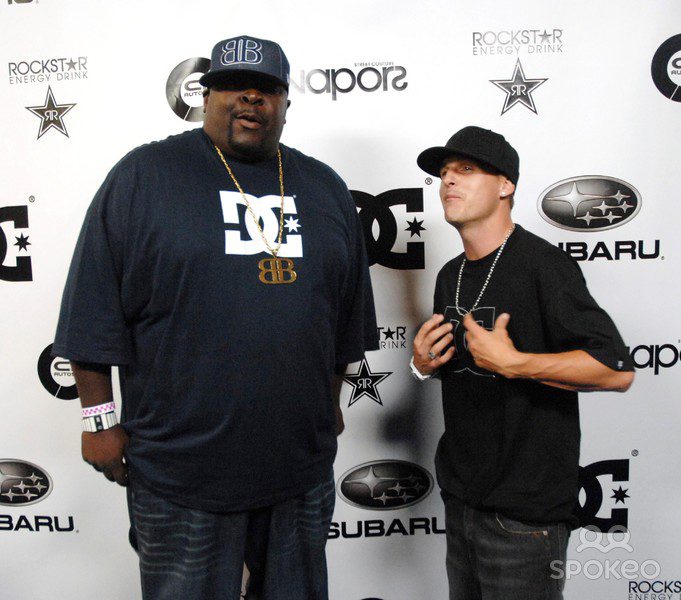 Another tragedy strikes as Christopher “Big Black” Boykin died Tuesday (May 8), TMZ reports. Although the cause of death is unknown, several sources are speculating that the reality television star passed away after suffering a heart attack. He was 45 years old and is survived by his 9-year-old daughter.
Big Black starred alongside pro-skateboarder Rob Dyrdek on the MTV show Rob & Big where they’d go on various adventures. The two had a falling out after the series came to an abrupt end in its third season. In an interview, Dyrdek suggested it was Big Black’s sudden transition from security guard to a famous reality television personality that contributed to the rift. Fortunately, the longtime friends reconnected before his passing.
Dyrdek posted an emotional tribute to Instagram about Big Black, who he calls his “brother.”
https://www.instagram.com/p/BT5WicKBAfu/embed/captioned/?cr=1&v=7#%7B%22ci%22%3A0%2C%22os%22%3A4241.330000000001%7Dhttps://www.instagram.com/p/BT5W4Z0BFSe/embed/captioned/?cr=1&v=7#%7B%22ci%22%3A1%2C%22os%22%3A4250.170000000001%7DRob’s Ridiculousness co-hosts also shared their sadness about losing their friend.
https://www.instagram.com/p/BT5ItIEjwA3/embed/captioned/?cr=1&v=7#%7B%22ci%22%3A2%2C%22os%22%3A4265.910000000001%7Dhttps://www.instagram.com/p/BT5DOk5jDUo/embed/captioned/?cr=1&v=7#%7B%22ci%22%3A3%2C%22os%22%3A7040.675%7D

Many notable names in the Hip Hop community also paid their respects to a man who clearly made them laugh, including Juicy J, OG Maco, IAMSU! and Rockie Fresh.
Source: http://hiphopdx.com/news/id.43357/title.hip-hop-mourns-death-of-rob-big-star-big-black
MicStagesUK
We got your back and we got it all covered! Bringing you the hottest tea as it spills
we cover:  News, Entertainment, Fashion, Gossip, Sports, Business Advertising and Technology
Subscribe, Like, Comment and Follow
FACEBOOK: MICSTAGESUK TWITTER: @MicstagesUK