RBS Confirms Plans To Close 32 NatWest Brances Across The UK. 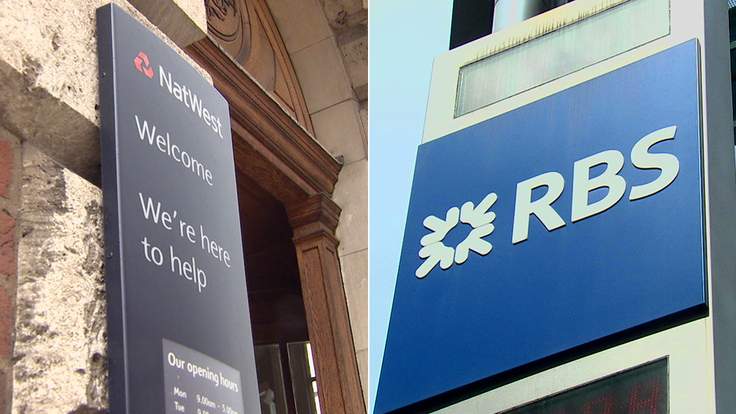 Trade union Unite said the banking group was to announce closures across its NatWest network in the North, the Midlands, east of England and London. In addition, hundreds of branches will change their opening hours, the union said.
RBS, which remains 73% owned by the taxpayer following its state rescue at the height of the financial crisis, confirmed that jobs were to go.
A NatWest spokesman said: “Where there are job cuts this is clearly difficult news for staff affected by these changes.
“We are doing everything we can to support them, including seeking redeployment opportunities wherever possible and ensuring that compulsory redundancies are kept to a minimum.”
Unite regional officer Lyn Turner said: “With job losses across the country and surviving branches on reduced hours, there’s no doubt this latest round of cuts will hurt the bank’s customers as well as our members.
“With every branch closure Natwest is slamming its doors on another community, dangerously undermining the bank’s long-term future.”
Unite said there would be 18 branch closures in the northern region with up to 217 job losses, plus 13 closures in the Midlands and East, with up to 176 jobs going, as well as 200 job losses in London and the South East, with one branch to close.
The latest cuts mean RBS has axed 1,500 roles so far this year as it looks to trim costs and stem losses.
In February, the lender reported its eighth year in a row of annual losses for 2015, posting a deficit of £2bn.
It is shutting branches as it cuts costs and adjusts to a change in customer behaviour as more people bank online.
NatWest said: “Banking has changed significantly over the last few years and the way our customers want to interact with us is also changing.
“We review our branch network regularly to make sure the services we provide are appropriate for each local community, based on our customers’ usage and other ways to bank in the local area.”
The job cuts come on the same day as outgoing Treasury permanent secretary Sir Nick MacPherson told a newspaper that the Government would have to make a judgment on whether to sell its £19bn stake at a loss.
He told the Financial Times it was “going to be tricky” for the state to sell the whole stake before the next election, but that keeping it in the public sector would be bad for the bank and returning it to private hands would boost lending to the economy.
Source: http://news.sky.com/story/1678565/rbs-to-axe-600-natwest-jobs-and-shut-branches