Quantasi Sharpton Alleges She Slept With Usher, And Did Not Test Positive For Herpes. 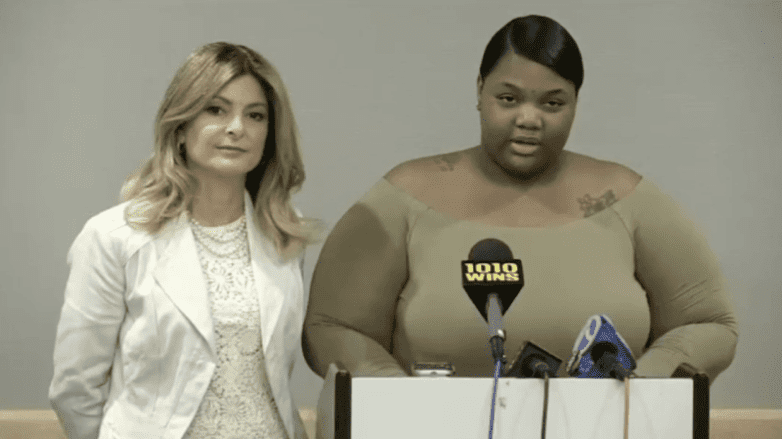 #WeGotYourBack #WeGotItCovered #BreakingNews #HipHopDXNews #LosAngeles #California #USA #Usher #STD #Herpes #QuantasiSharpton
Social media has been going crazy after recent allegations that Usher infected 3 individuals (one being a man), with herpes. One plaintiff claims that she had sexual intercourse with the famous singer, but did not contract an STD. There is a lot of money at stake here! could this be a damage control probe orchestrated by his team of advisers?

LOS ANGELES, CA – Celebrity lawyer Lisa Bloom held a press conference in Los Angeles on Monday (August 7) to address Usher’s recent flood of lawsuits alleging he had infected multiple people with an STD.
According to court documents obtained by TMZ, all three of Usher’s most recent accusers allegedly had sex with the illustrious R&B singer.
Bloom said they participated in the sexual activity with Usher “because Raymond [Usher] was a revered celebrity in their eyes who they believed could be loved and trusted.”
One of the plaintiffs, 21-year-old Quantasia Sharpton, said Usher picked her out of a crowd during a concert on her 19th birthday and later had sex with her, but she admits she did not test positive for herpes.
Bloom explained all three of her clients, including one man identified as John Doe, have suffered severe emotional distress, depression and anxiety. She alleges Usher failed to inform them he was infected with herpes.
Although the lawsuit reportedly doesn’t specify the amount of damages, the plaintiffs are asking for punitive damages as well as a judge’s order requiring Usher to disclose his alleged herpes diagnosis before any further sexual activity.
Usher is already facing another $20 million lawsuit filed by an anonymous woman who claims he infected her with the virus. The controversy started to unravel after leaked court documents showed Usher had paid a woman $1.1 million after allegedly infecting her with the STD.
Bloom has recently represented celebrities such as Blac Chyna and Kathy Griffin.
Read on: http://hiphopdx.com/news/id.44140/title.usher-slapped-with-10m-lawsuit-that-yep-involves-stds
Whats your take on this? send us your comments….