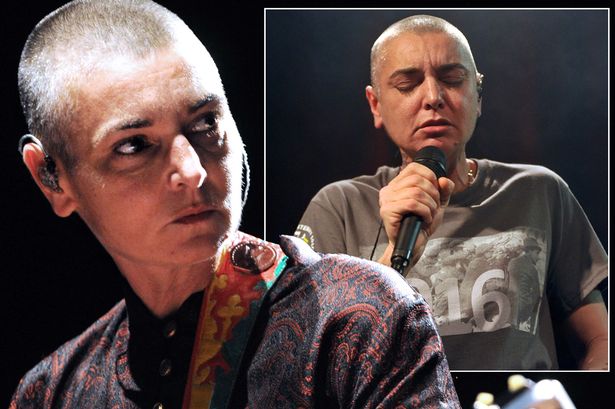 #WeGotYourBack #WeGotItCovered #TheMirrorNews #EntertainmentNews #Chicago #Wilmette #SineadOConnor #Missing  #WilmettePoliceDepartment
The star had not been seen since Sunday at 6am after going for an early morning bike ride
Police have confirmed they’ve located Irish singer Sinead O’Connor after she sparked concern for her wellbeing after failing to return from a bike ride yesterday.
O’Connor, 49, was last seen on Sunday when she headed out in the Chicago suburb of Wilmette at around 6am, with police alerted at around 1pm the same day.
Following a public plea from police the singer has now been found, with authorities confirming to the BBC that she is alive.
The Wilmette Police Department said in a statement earlier today: “The Wilmette Police is seeking to check the well-being of Sinead O’Connor.
“O’Connor reportedly left the Wilmette area for a bicycle ride yesterday at 6:00am and has not returned. A caller has expressed concern for her well-being and no other information is available at this time.”
Police were said to be actively searching for the star after the alarm was raised, with Sinead classified as “missing suicidal” according to TMZ.
Last November the singer sparked concern for her safety after claiming she had taken an “overdose” in a post on Facebook.
Earlier this month she appeared in good spirits as she revealed on Facebook that she was going to begin volunteering with Chicago Veteran’s medical service and planned to spend the next few weeks in the South of the US.
She wrote: “Heading Down South for several weeks now. Hoping to begin ‘Piss Where You Sit’ protests in North Carolina. Irish style ; )
‪#‎FreedomPiss‬ ”
The Irish singer-songwriter rose to fame in the late 1980s with her debut album The Lion and the Cobra, going on to achieve worldwide success in 1990 with her version of Prince’s song Nothing Compares 2 U.
Hitting the top of the charts around the world, it spent four weeks at number one in both the UK and US.
She’s since released ten studio albums and released one live album.
Source: Sinead O’Connor performs moving tribute to David Bowie during most recent public appearance