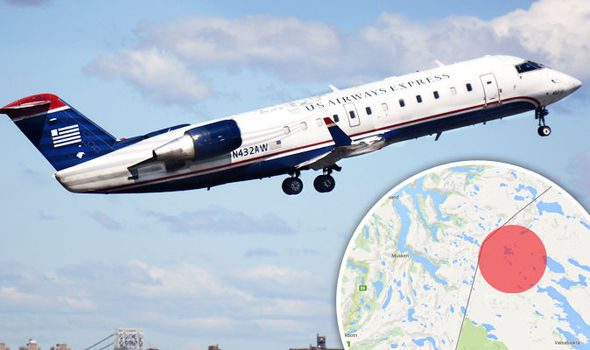 WRECKAGE has been discovered after a plane which took off from London sent out a distress signal near the Norwegian border, according to reports

Swedish relief workers have raced to the scene after the plane sent out a mayday call roughly 15 miles away from the Norwegian border where it was flying from Heathrow Airport.
The Canadair CRJ 200 had caused alarm after not making contact since it sent out the distress signal between Norway’s Lake Akkajaure and the Swedish Lapland Mountains.
Source: http://www.express.co.uk/news/world/632702/Swedish-canadair-crj200-mail-plane-distress-signal-norwegian-border-norway-vanishes?utm_source=currently&utm_medium=browser-extension&utm_campaign=chrome&
Stay tuned for an update!