Philippines’ New Leader “The Punisher” Warns “Those Who Kill My Country, Will Be Killed”. 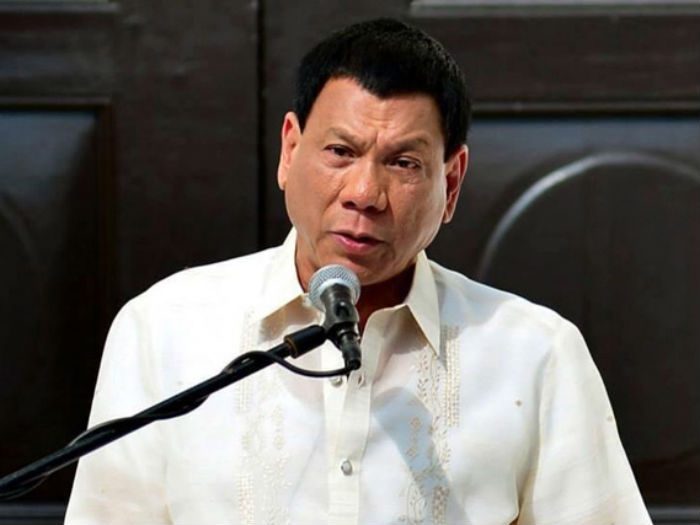 The president-elect of the Philippines is promising to reintroduce the death penalty and use military snipers as part of a crackdown aimed at ending crime within six months of taking office.

Rodrigo Duterte, the mayor of the southern city of Davao, won the country’s election last week after a campaign marred by violence and controversy.
His key pitch to voters was a “war on crime”, which he says will involve reintroducing capital punishment.
“Those who destroy the lives of our children will be destroyed,” Mr Duterte said.
“Those who kill my country will be killed. Simple as that. No middle ground. No apologies. No excuses.”
He plans to ask the country’s congress to reintroduce the death penalty, which was abolished in 2006, for a wide range of crimes including drug trafficking, rape, murder, robbery and kidnapping.
Mr Duterte added that for people convicted of more than one major crime, they should be hanged twice.
“After you are hanged first, there will be another ceremony for the second time until the head is completely severed from the body,” he said.
“I like that because I am mad.”
He also said those who were involved in organised crime or who resisted arrest would be targeted by military snipers.
“If you resist, show violent resistance, my order to police (will be) to shoot to kill. Shoot to kill for organised crime,” he said.
He added: “I need military officers who are sharp-shooters and snipers. It’s true. If you (criminals) fight, I will have a sniper shoot you.”
The 71-year-old’s incendiary rhetoric resonated with Filipinos fed up with rampant crime, but has alarmed others – including outgoing President Benigno Aquino – who hear echoes of the country’s authoritarian past.
Mr Duterte has previously suggested that 100,000 people will die under his law-and-order crackdown, and that so many bodies will be dumped in Manila Bay that the fish would grow fat from feeding on them.
He has also described the Pope as the “son of a whore” and joked that he should have been first in line to rape an Australian missionary before she was murdered.
He is due to be sworn into office on 30 June.
Source: http://news.sky.com/story/1696863/philippines-new-leader-vows-death-by-hanging