Parliament has passed a new bill with the power to strip British citizenship without warning. 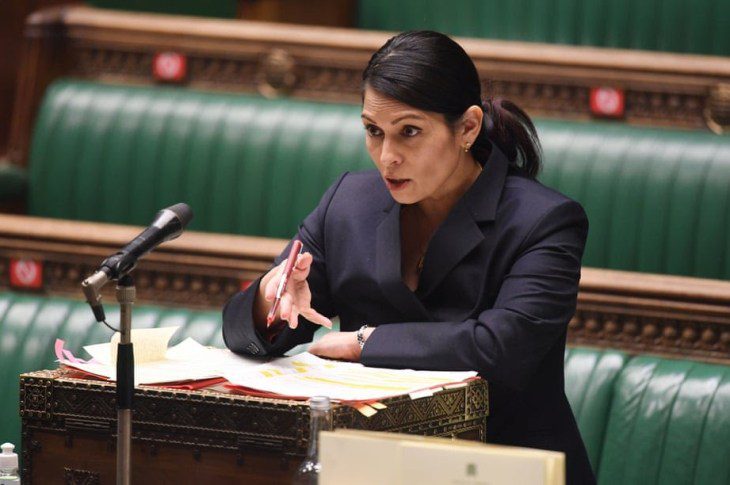 A clause inserted to the nationality and borders bill appears to empower the Home Office to act retrospectively.

A proposed rule change discreetly inserted to the nationality and borders bill might result in people losing their British citizenship without warning.
It is a worrying precedent that risks dividing society, with some citizenships being more valuable than others according to how they were acquired e.g., naturalization versus birthright status.
Clause 9 of the law, titled “Notice of Decision to Deprive a Person of Citizenship,” exempts the government from providing notice if it is not “reasonably practicable” to do so, or if it is in the interests of national security, diplomatic relations, or other public interests.
Critics argue that stripping citizenship, as in the case of Shamima Begum who fled Britain to join Islamic State at a young age and now faces possible execution by her home country’s authorities for returning there unannounced. Eliminating notice requirements would amplify these powers even further- critics worry this could be used against current UK residents without their consent or knowledge
This passage discusses how removing “notice” from legislation regarding naturalization will allow Home Secretary Priti Patel greater discretion when deciding whether someone should retain British nationality post-“exit”.

“This amendment sends the message that certain citizens, despite being born and brought up in the UK and having no other home, remain migrants in this country. Their citizenship, and therefore all their rights, are precarious and contingent.

It builds on previous measures to strip British-born dual nationals (who are mostly from ethnic minorities) of citizenship and to do it while they are abroad, measures used mainly against British Muslims. It unapologetically flouts international human rights obligations and basic norms of fairness.” said Frances Webber, vice-chair of the Institute of Race Relations.

The Home Office has become more aggressive in its approach to stripping British citizens of their citizenship, due largely to the 2005 London bombings. This is not altogether surprising since under Theresa May’s tenure as home secretary from 2010 onwards she expanded these powers and they were even used during her time at cabinet level before becoming prime minister.
In 2018, the requirement to give notice was lowered, allowing the Home Office to serve notice by placing a copy of it on a person’s file – but only in circumstances when their whereabouts were unknown.
In a number of situations, the new clause would eliminate the obligation for notification entirely. It would also appear to be applicable retrospectively to cases where an individual was stripped of citizenship without notice before the clause became law, creating uncertainty about their ability to appeal.
Maya Foa, the director of Reprieve, said: “This clause would give Priti Patel unprecedented power to remove your citizenship in secret, without even having to tell you, and effectively deny you an appeal. A person accused of speeding would have more rights under this arrangement than someone facing deportation from the United Kingdom.
This demonstrates the government’s contempt for the rule of law once more.
Other proposed rule changes in the bill have already drawn criticism, such as making claims from people who enter the UK via an illegal route inadmissible while criminalising them and anyone who tries to save their lives, and providing immunity to Border Force personnel if people die in the Channel during “pushback” operations.
According to the Home Office: “British citizenship is a privilege, not a right. Deprivation of citizenship on conducive grounds is rightly reserved for those who pose a threat to the UK or whose conduct involves very high harm. The nationality and borders bill will amend the law so citizenship can be deprived where it is not practicable to give notice, for example if there is no way of communicating with the person.”