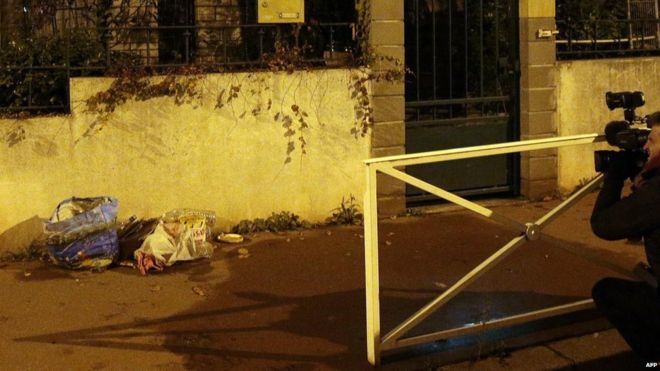 French police are examining what appears to be a suicide bomb belt dumped on a Paris street following attacks that killed 130 people.

It is said to resemble belts used by the attackers and was found in a suburb which a suspect is thought to have passed through after the attacks.
The US has issued a worldwide travel alert in response to the attacks.
The Belgian capital Brussels remains on high alert. Schools and the metro will stay closed on Tuesday.
They are due to reopen on Wednesday but the highest alert level will continue for at least another week.
Authorities fear attacks like those in Paris on 13 November may be carried out in Brussels, where at least one Paris attacker lived. Prime Minister Charles Michel warned that the threat remained “imminent”.
French President Francois Hollande is due to meet US President Barack Obama in Washington on Tuesday as he continues a busy week of international diplomacy during which he will meet all other permanent members of the UN Security Council.