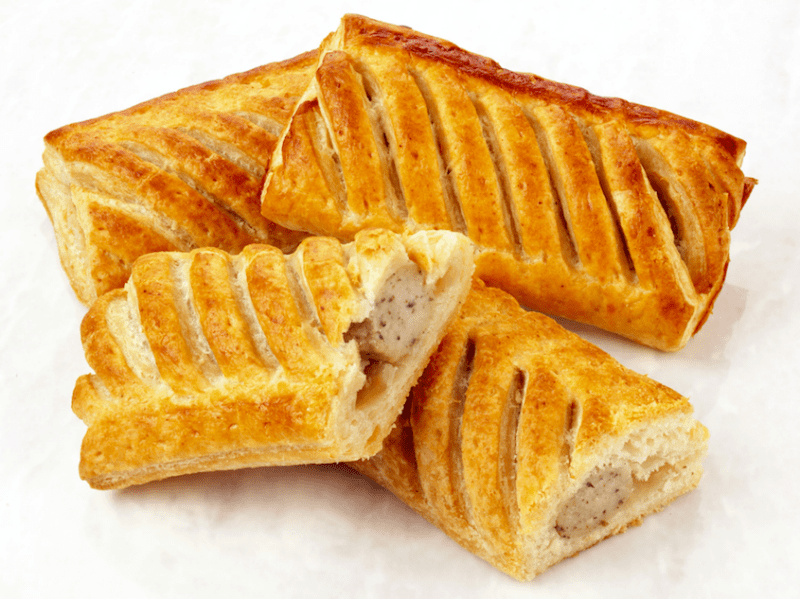 A school has banned sausage rolls, pork pies, pepperoni sticks and fruit squash in a crackdown parents have called “ridiculous”.
The new policy at Shirley Manor primary academy in Bradford states that parents will be called if the prohibited items are found in pupils’ lunchboxes.
Children aged three to seven will also be “encouraged” to show their packed lunches to staff before they eat, the rules state.
The strict policy has led to a backlash from some parents, who said the school should “stick to teaching kids”.
Steve Fryer, 52, said his son was a fussy eater and had to eat a crisp sandwich when his sausage roll was taken off him last Monday. It was given back to him at the end of the day.

“He was given a ham sandwich instead but he hates ham so there’s no way he was going to eat it. He ended up eating a dry crisp sandwich. How is that any healthier?” he said.
“It’s my job as a parent to decide what my child eats, not the school’s. The school won’t even compromise and allow us to send sausage rolls once or twice a week. I’m furious.”
Fryer said most parents he had spoken to were similarly enraged by the so-called “whole school food and drink policy”, but were reluctant to speak out.
Another parent, speaking anonymously, told the Bradford Telegraph and Argus: “I am all for healthiness, but sometimes they can be picky eaters. I wish it was more relaxed. It is hard for us parents who have picky children.”
The school’s headteacher, Heather Lacey, defended the crackdown, saying she wanted children to grow up eating well and knowing the importance of a healthy lifestyle

She added: “It is important that pupils avoid eating too much food that is high in sugar, salt and saturated fats. This includes things like pork pies and sausage rolls, sweets and fizzy drinks in their packed lunches.
“Children are allowed a treat each day and we have invited parents into school to discuss their children’s dietary needs.”
The government sets national healthy eating standards for most schools in England. They ban more than two portions of deep-fried, battered or breaded food a week, as well as chocolates or sweets in vending machines, but schools are able to set their own policies on packed lunches.
The row came on the day it emerged that one in five reception class pupils in Bradford are overweight or obese, broadly in line with regional and national figures.
In year 6, when children are aged 10 and 11, that figure rises to 36.4%, compared with 34.6% in the region and 34.2% in England.
Read on: https://www.theguardian.com/education/2017/sep/28/bradford-school-ban-sausage-rolls-pork-pies-backlash