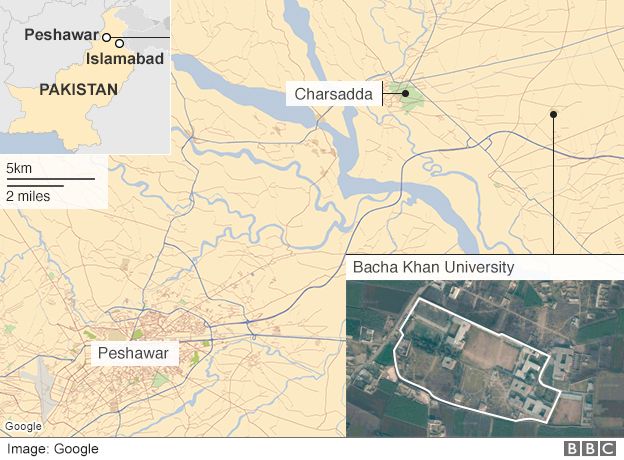 Security forces have ended a gun and bomb attack on a university in north-west Pakistan in which 19 people were killed and 17 injured.

Four suspected attackers also died in a battle that lasted nearly three hours at Bacha Khan University in Charsadda.
One Pakistani Taliban commander said the group had carried out the assault, but its main spokesman denied this.
The group killed 130 students at a school in the city of Peshawar, 50km (30 miles) from Charsadda, in 2014.
Prime Minister Nawaz Sharif said in a statement: “We are determined and resolved in our commitment to wipe out the menace of terrorism from our homeland.”

The attackers struck at around 09:30 local time (04:30 GMT), apparently climbing over a back wall under cover of the thick winter fog.
Intense gunfire and explosions were heard as security guards fought the attackers.
Students and staff ran to find cover in toilets and examination halls.
One student told television reporters he was in class when he heard gunshots: “We saw three terrorists shouting, ‘God is great!’ and rushing towards the stairs of our department.
“One student jumped out of the classroom through the window. We never saw him get up.”
Reports say a chemistry lecturer, named by media as Syed Hamid Husain, shot back at the gunmen to allow his students to flee, before he was killed. 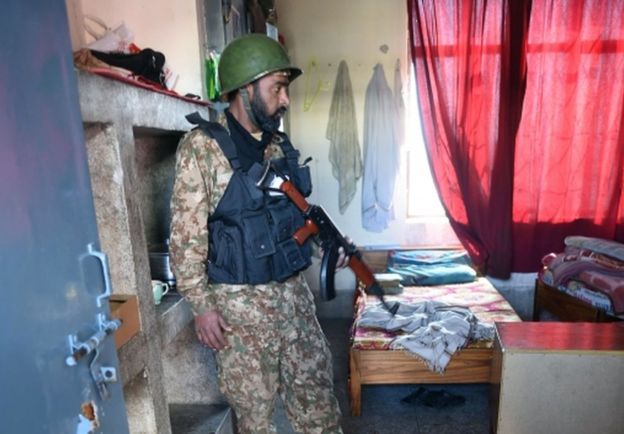