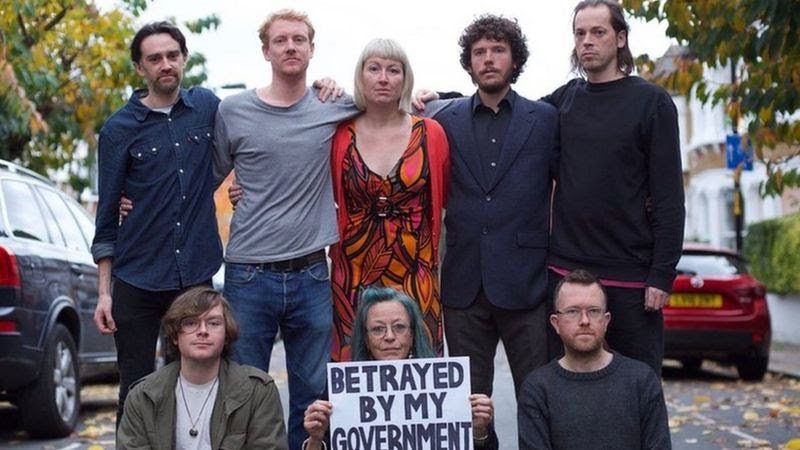 Nine Insulate Britain protesters have been sentenced to prison for violating a court order prohibiting roadblocks.

Activists started a wave of protests two months ago, stopping the M25, as well as roads in London and other parts of the UK.
Dr Ben Buse, 36, Roman Paluch-Machnik, 28, Oliver Rock, 41, Emma Smart, 44, Tim Speers, 36, and James Thomas, 47, were each sentenced to four months in prison.
The group promised to keep demonstrating.
Dame Victoria Sharp described Ben Taylor’s submissions to the court on Tuesday as “inflammatory” and a “call to arms,” and he was sentenced to six months in prison “to discourage (him) from committing additional violations.”
Because the group’s acts were so serious and they had made it obvious they planned to continue flouting court orders, the judge, who was sitting alongside Mr Justice Chamberlain, said there was no alternative to prison sentences.
She said: “The defendants, or some of them, seem to want to be martyrs for their cause and the media campaign surrounding this hearing appears designed to suggest this. “We, however, have to act dispassionately and proportionately.”

As they were escorted to the cells through the dock by security personnel, the group and their supporters screamed “We are unstoppable, another world is possible.”
Emma Smart, one of the nine, had indicated her intention to go on hunger strike after being imprisoned for four months, according to an Insulate Britain activist speaking to the media outside the Royal Courts of Justice.
Five injunctions have been issued by the High Court to prohibit demonstrators from blocking roadways.
There are four injunctions against demonstrations on the M25, in the Port of Dover, and on important roads around London awarded to National Highways, and one to Transport for London (TfL).
TfL has been granted a civil banning order to prevent protesters from blocking traffic on some of London’s major highways.
Those who violate the injunctions face a maximum punishment of two years in prison or an infinite fine if found in contempt of court.
According to UK Transport Secretary Grant Shapps, injunctions now encompass every motorway and major A-road in the country.
He tweeted, “Anyone who causes misery to motorists may face prison.”
The nine agreed to breaking a ban on protests on the M25, which was granted by a High Court judge on September 21, by taking part in a blockade of the road on October 8, according to lawyers for National Highways.