NIGERIA: An Investigation Has Been Launched Into A Chain Of Murders Surrounding Singer Davido’s Closest Associates. 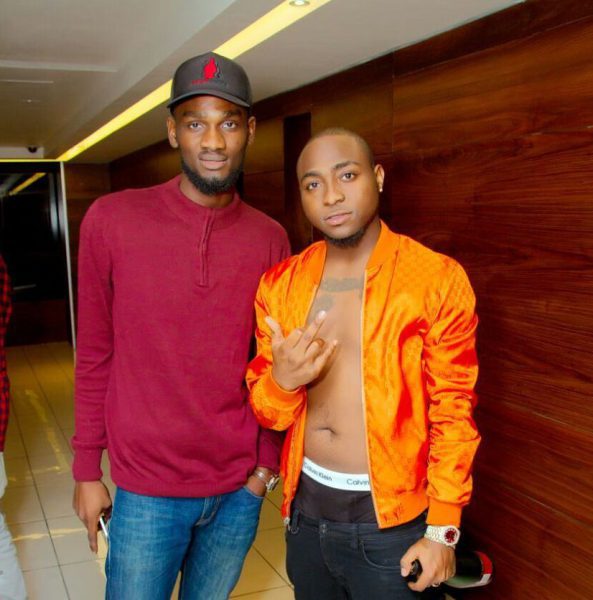 Signs of foul play have lead authorities to believe that Chime was murdered and dumped at the hospital under the orders of Davido. This incident follows three other cases also related to close associates of Davido.
Jide Taiwo from thenet.ng, met with the family of Chime Amaechi, who was found dead in a car parked outside General Hospital Legos, and this is what he reported.

I was in a meeting upstairs when our TV producer, Joan Omionawele called me on the phone. Strange, because she knew I was engaged at the moment. I didn’t pick up. She called twice again and I was immediately suspicious. What’s going on in the newsroom?
I didn’t have to wonder for long: she came to the office where I was meeting and crashed it. ‘Sorry Jide, but there’s something really important you need to know.’ I excused myself from the meeting and walked with her. Then she told me Chime Amaechi‘s family members were here. Chime who? ‘Chime now. The other guy that died with Davido’s DJ in Banana Island.’ ‘Oh shoot!’ I said. That’s important.
Here’s why it was important: even I had wondered who Chime was. It seemed like his death, compared to Tagbo‘s – which Caroline Danjuma made a big fuss about – and DJ Olu’s – who got a lot of media coverage probably because of his billionaire father – did not interest anybody. Apart from the Punch report earlier in the day that claimed ‘hard drugs’ were recovered from the death scene, not much was being said about the ‘third Davido associate’.
As we went upstairs to the lounge where they were waiting, I could hear a man’s voice saying ‘No no, nothing like that. I’m surprised myself. My son was not a drug user.’ We got in and I saw a family huddled together in silence: father folded his arms across his chest, the sisters glancing at their phones and shaking their heads intermittently. The scene looked like gloomy French pantomime.
‘Good afternoon sir…’ I began tentatively. How does one comfort a parent whose child had just died? Plus I’m not their friend or a family member: I’m a newsman who wants to get the story from them; how does one do that without coming across as insincere? They responded quite well and I told them what we wanted from them: just to share their story. Is that fine with you? Father said yes and stood up. Let’s go he said, as we all made our way back to the studio.

Up on till this moment, the most that had been said about the Chime was that ‘he died with DJ Olu’, as though he was inconsequential. And that’s how it sometimes happens, when a less popular individual dies in company of famous people. When Princess Dianadied, the whole world stood still. Even her boyfriend Dodi El-Fayed was less talked about than she – and the third casualty of the night, Henri Paul, is rarely mentioned, as though he was a postscript to the tragedy.
In the same vein, Chime Amaechi got lost in the ‘Davido’s friend’ chatter. But who was he, how did he get involved in this macabre story?
‘He was a good son’, his father began. ‘He wasn’t a riffraff that was hanging around Davido looking for handouts…no, no. He and Olu Abiodun were childhood friends in Ibadan.
‘They met in primary school. They attended Oritamefa Baptist School. If you know that school, you’ll agree with me that it wasn’t an ‘anyhow’ school. It’s a private school with modern facilities and that’s where he and Olu met. He used to play drums, very talented. He used to play drums in the choir and that’s where his love for music started. It was where the two of them first became friends…’
Mr. Amaechi is a real estate surveyor and valuer in Ibadan, possibly the second thriving metropolis in south-west Nigeria, after Lagos. He may have earned a decent living enough to send his children to quality schools, but he was no Dapo Abiodun – billionaire oil magnate and politician – nor for that matter, Adedeji Adeleke.

Soon as it often happens with childhood friends, life does what it does: Olu was sent off to the UK to continue his studies while Chime remained in Ibadan. In time, he got admitted to the University of Lagos and attempted to get a university degree. It wasn’t to be.

READ: Another Friend Of Davido’s – DJ Olu Just Died, Making It The Second HKN Death In A Week

He and Olu would later reunite on social media and rekindle their friendship. By this time Olu had met Davido and was getting involved in the music as official DJ. On one of his trips back home, he and Chime decided to do business: Olu was an oil firm heir and had access to small, but very profitable ventures. ‘Olu’s father owns Heyden Petroleum and he with Chime used to transport petroleum products, in thousands of litres, across the whole country,’ Chime’s sister Sopulu said. ‘They also had real estate that they were marketing and getting commissions from. Even last week, he still sent me pictures of a parcel of land to market in Ibadan,’ her father added.
Soon Chime started seeing more than his dear father and dropped out of school all together. ‘When I advised him as a father to go back to school, he told me that people that graduated are not making the type of money he was so what’s the point?’
And really what was the point of slaving away in class? The elderly man may not get it but Chime was living every young man’s dream: he shared a flat with Olu in Banana Island, money was flowing in steadily and his celebrity connection was on point. To put it into perspective: he was only 23 years old on his last birthday in February. He’s been living the good life since he was 19. School for what?