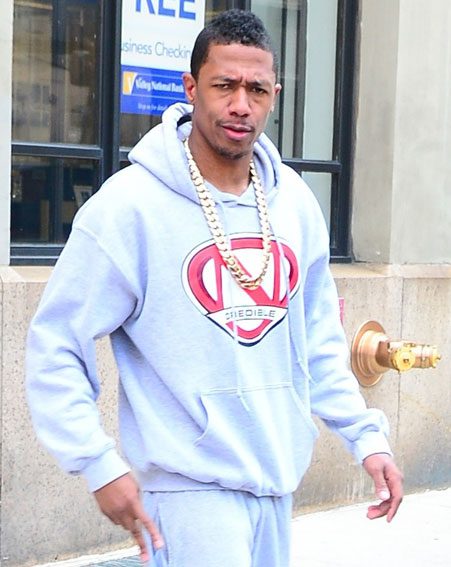 NICK Cannon has congratulated his ex-wife Mariah Carey on her engagement to billionaire James Packer in a hilarious Instagram snap.

The TV presenter enlisted the help of his comedian pal Kevin Hart to stage the photo – who is seen sporting a worried expression as he leans over Nick in a hospital bed.

The header reads: “It’s just a ring Nick…”
The 35-year-old star has four-year-old twins Monroe and Moroccan with his ex Mariah and despite only splitting from the singer last year, Nick appears to be nothing but happy for his former spouse.
He captioned the photo: “Ha! This made me laugh out loud for real!!! HILARIOUS! #AllLove.
Congrats to @MariahCarey and James! May God Bless Your Future Union… #GreatPeople #GreatCouple.” 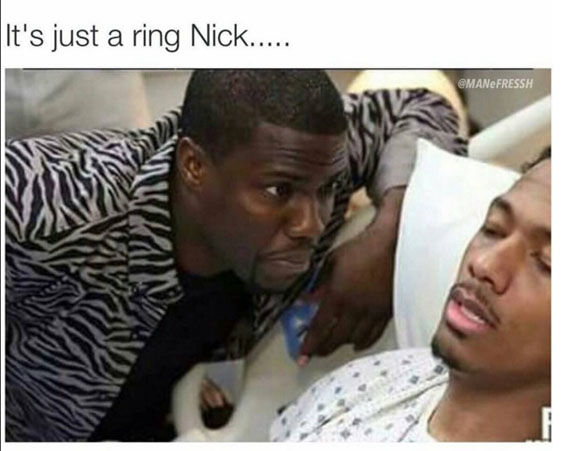 It first emerged the Australian businessman had popped the question to the We Belong Together singer last week following a “fairytale” romance.
According to E! James got down on one knee in Mariah’s hometown of Huntington, New York.
The couple, who have been dating for slightly less than a year, reportedly fell “head over heels in love with one another” when they met.
The website also reports that James proposed to Mariah with a 35 carat ring, but the pair have yet to set a wedding date. 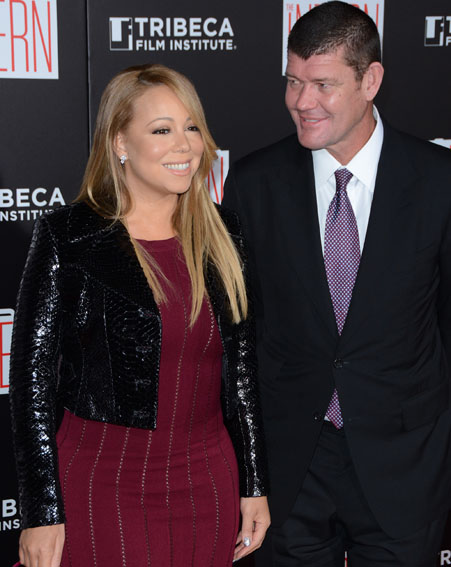