NEWS UPDATE BRUSSELS: Faycal Cheffou, Has Been Released Due To A Lack Of Evidence 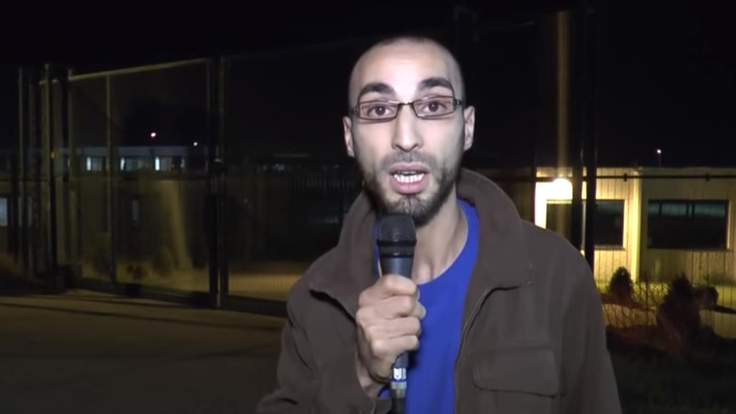 The only suspect charged with murder over last week’s Brussels attacks has been released due to a lack of evidence, Belgian prosecutors say.

Faycal Cheffou, an independent journalist, was widely reported to be the third individual in CCTV footage of suspects at Brussels airport.
He was charged with terrorist murder after 35 people, excluding the bombers, were killed in the suicide bombings.
But a prosecutor’s statement read: “The indications that led to the arrest of Faycal C were not substantiated by the ongoing inquiry.
“As a result, the subject has been released by the examining magistrate.”
The announcement is a major blow to an investigation that has netted half a dozen people charged with lesser offences.
Earlier on Monday, police had issued an appeal for witnesses, saying they were seeking to identify the man caught on CCTV at the airport.
In the video, the hat-wearing suspect, wearing white, appears to smile as he glances over and says something to his alleged accomplices.
The accomplices – suicide bombers Ibrahim el Bakraoui and Najim Laachraoui – blew themselves up in the atrocity.
But police say the third man appeared to have left his bomb, which failed to explode, and fled.
Security officials did not name the suspect in the hat, but many Belgian media reports suggested he was Faycal Cheffou.

However, that now appears to be unlikely.
Cheffou reportedly acted as a co-ordinator of aid for refugees arriving in Maximilian Park in Brussels last year.
The developments came as a victim of the airport bombing said there should be no backlash against Muslims.
Walter Benjamin has had a leg amputated since he was blown across Zaventem airport by two huge blasts.
He warned that ordinary Muslims should not be held responsible, hours after far-right protesters hijacked a peace protest in the centre of Brussels.
He told RTL: “I hope people will be smart enough to understand that 99.99% of the Muslim population is extraordinary and does not get involved (with extremism).
“Twenty or 30 people don’t represent an entire community.”
Source: http://news.sky.com/story/1668425/police-release-brussels-terror-suspect