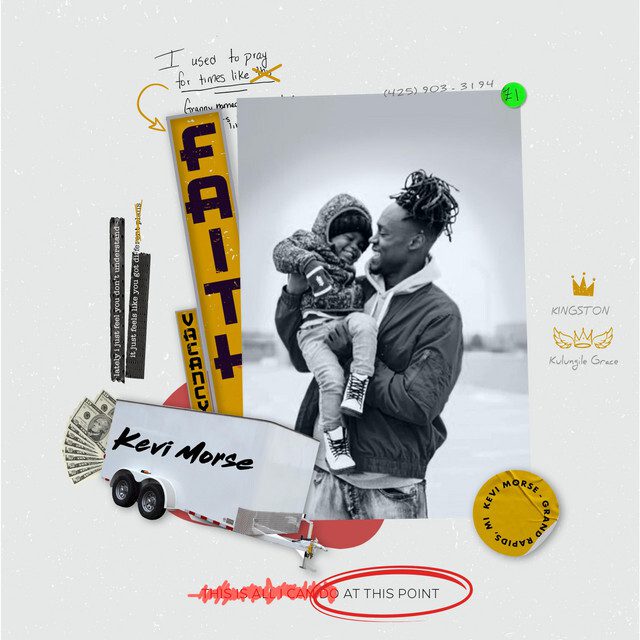 This year, Kevi Morse makes his return with “Last Year.” “Last Year” is a song off of Kevi Morse’s EP, “AT THIS POINT.” Kevi Morse released a music video to accompany the single release.”Last Year” has already garnered tens of thousands of streams/views. The track showcases Kevi Morse’s lyrical prowess and demonstrates how Kevi Morse has flows for days.

“Last Year” is an anthem for the downtrodden and those vying for hope. The record is about preserving in the midst of adversity: “whether that’s betrayal, people doubting you – the whole nine,” Kevi Morse stated. The song is somewhat personal for Kevi Morse and has a message of understanding who will be there for you when you really need them and who’s just there for the ride. Kevi Morse elaborated: “People doubted me during the last season of my life. People walked out [on me] when I really needed them the most, and now that I am on my feet, those same people are knocking at the door trying to either work or get a piece of whatever they see.”

The profound, vibey jam was produced by Timmy Bone. The dynamic, visually stunning music video was directed by Zdoh. The music video for “Last Year” was shot in Kevi Morse’s hometown, Evansville, Indiana.

Kevi Morse has no plans of slowing down as he is releasing a new song, “Chasing,” on June 30th, 2022 that will surely close out the month on a high note. As we anxiously wait for Kevi Morse’s upcoming discography this year, continue to run the numbers up on “Last Year.”

Kevi Morse is an Evansville, Indiana native, but is now based in Grand Rapids, Michigan. He is a full-time touring artist that encourages people to live out their full potential and trust the process.

Kevi Morse has been featured in various media outlets such as Rapzilla and HipHopSince1987. His messages carry a lot of reality and faith-based undertones. Kevi Morse’s mission is to see everyone come together, better together, and “cvltivate the cvlture.”

Kevi Morse’s national tour spans tons of cities and constitutes of more than fifty shows a year. Kevi Morse is on a mission to empower a nation.