New Mandatory National Living Wage Has Come Into Force, Workers Over 25 To Receive £7.20 An Hour. 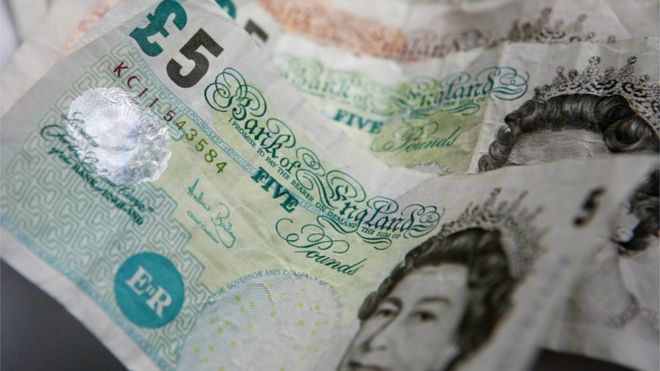 The new mandatory National Living Wage (NLW) has come into force, requiring employers to pay workers aged 25 and over at least £7.20 an hour.

It is expected to give 1.3 million workers an immediate pay rise. The policy was announced in last summer’s Budget by Chancellor George Osborne, in an effort to create a higher-wage, lower-welfare economy.
Workers aged 21 to 24 will continue to be entitled to the National Minimum Wage of £6.70 an hour.
The intention is for the NLW to rise to more than £9 an hour by 2020.
But there are fears of job losses as companies struggle to pay the new higher wages.
The independent Office for Budget Responsibility has warned that 60,000 jobs could go as a result.
The Living Wage Foundation, which inspired the idea but does not set the level of the NLW, welcomed its introduction, but urged businesses to “aim higher” and pay more than the statutory minimum.
Some employers have already pledged to do this.

The TUC said the government needed to ensure that everyone benefited from the NLW.
“Britain desperately needs a pay rise, and this increase is good news for those aged 25 or older,” said TUC general secretary Frances O’Grady.
“But the government must ensure that younger workers are not left behind; 21 to 24-year-olds will not be seeing an increase.
“This is not fair. Future wage increases must narrow the pay gap between old and young.”
What is the National Living Wage?
National Living Wage: Who benefits?
For its part, the Living Wage Foundation pointed out that its own suggested level of pay – £8.25 an hour and £9.40 in London – was higher than the NLW.
“The job is not done when it comes to tackling low pay,” said the foundation’s director, Katherine Chapman.
“Businesses who can afford to pay a rate that reflects the real cost of living should do so and join over 2,300 employers signed up to pay our higher voluntary Living Wage.
“For profitable business or those who see themselves as innovators and leaders, simply not breaking the law on pay is not enough. Many businesses want to aim higher.”

Paul Johnson, director of the Institute for Fiscal Studies, told Radio 5 live: “This is going to have, in the longer run, a huge effect on the British labour market, because it’s going to affect such a large fraction of workers.”
The NLW will also have a bigger impact in regions such as the North, North East and the South West than in London. “It will have a ripple effect up the earnings distribution, because you will be taking the lowest-paid up to a level close to, or in some cases above, the next rung or two up the ladder.”
Adam Sowter, a hotel employee in York, told BBC Breakfast the extra money would help him pursue his ambition of becoming an actor.

However, his colleague Clare Vernon will be about £1,000 worse off over the next 12 months, because she is under 25. “We do the same amount of work,” she said.
“The hours are really unsociable, so me getting 50p an hour less to work until 03:00 can get a bit annoying – I’ve only got another four years to wait.”
Source: http://www.bbc.co.uk/news/business-35935677