Naomi Campbell On Edward Enninfuls Takeover As Chief Editor Of Vogue: “I Am Looking Forward To An Inclusive And Diverse Staff” 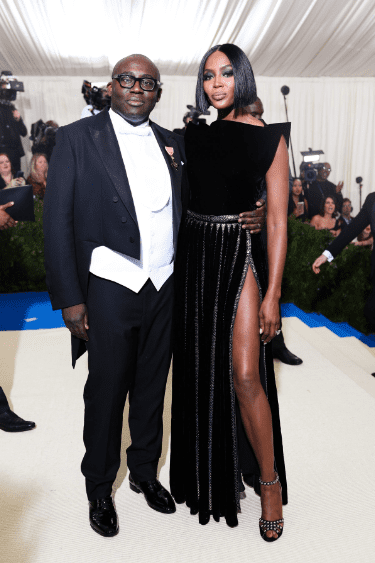 Supermodel Naomi Campbell has hit out at the lack of diversity at British Vogue by sharing a picture of the editorial staff which does not include any non-white employees.
In an Instagram post, the 47-year-old – who has joined the fashion magazine as a contributing editor – said she hopes to see an “inclusive and diverse” staff now Edward Enninful has taken over from Alexandra Shulman as editor-in-chief.
The image, printed in the last edition of Vogue produced under Shulman, shows the editorial staff.
Campbell captioned it saying: “This is the staff photo of @britishvogue under the previous editor #AlexandraSchulman.
“Looking forward to an inclusive and diverse staff now that @edward_enninful is the editor.”
A barrage of criticism against the magazine met Campbell’s request for her followers’ thoughts.
tszuji.b wrote: “Thank you for saying something! As a writer not yet out of university with high ambitions to work there I was really disheartened to see such a lack of diversity.
“Hopefully under the first black editor there will be at least some change. Then my dream of writing for such magazines won’t seem so stupid.”
While natty_nats_ posted: “Well highlighted!! #BLM”
the_phoenix30 added: “100% he should be flying the flag for inclusion and the importance of gathering multiple and alternative perspectives of what is going out to their audience. This will send a very important message about the evolution of mainstream media ❤️”
The most recent census, held in 2011, shows that 14% of people in England and Wales identified as non-white, a figure which is rising.
As well as Campbell, Enninful has appointed Kate Moss and director Steve McQueen as contributing editors.
Source: http://www.itv.com/news/2017-08-23/naomi-campbell-attacks-lack-of-diversity-at-british-vogue/