[youtube=http://www.youtube.com/watch?feature=player_embedded&v=kwqrAnavJG0#!]
Myztikal a dance troup aged from 10yrs old -30yrs old, from South London  made their debut on ‘Britains Got Talent‘ May 8th 2010. Myztikal impressed the judges with a routine that that reminded viewers of previous stars Diversity and Flawless.
As their singing and dancing fame has grown, so has the other kids’ admiration for their Group leader and youth worker Marcus Donaldson, 30, who explained: “The kind of dancing we do is the stuff you see in pop videos so it has made them cool. I wish there were more of this sort of thing as it gives the kids focus.”
Marcus formed the group seven years ago with two dancers and has helped them go on to international success.
He said: “Where we’re from, gang violence and crime are very real threats. While none of us are directly involved, we all know someone — a friend or relative — who is. South London is full of gangs and it can be difficult to avoid them. I hate that negative side of my area so I wanted to do something positive, which is what Myztikal is all about”.
“Being in the group gives everyone something to do that’s positive and gets you respect.” Myztikal is made up of youngsters from ten upwards.
They already have an international reputation — after representing the UK in 2009 at The World Hip Hop Dance championships held at Las Vegas and were rated 9th in the world.
Marcus, who used to play in a steel band, hopes their BGT appearances will encourage more kids to get involved.He said: “Bad things happen — people die and go to jail. This is a big message to people, They see someone up on stage and going far with their life and it shows you can get things done.”
[youtube=http://www.youtube.com/watch?v=Y-B5b4sbYN0] 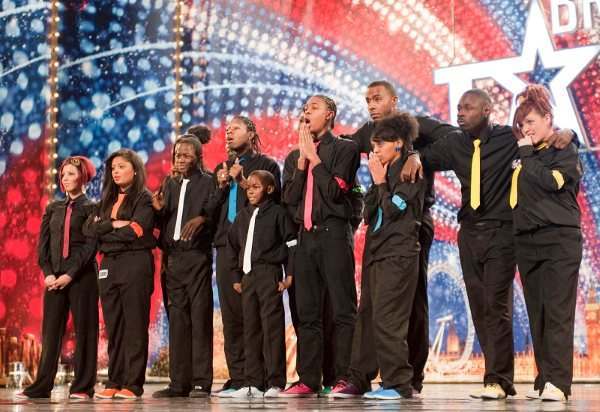