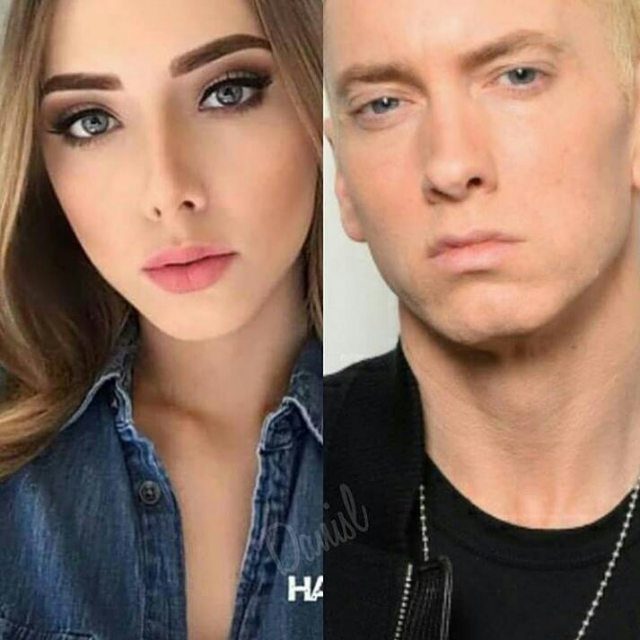 We were first introduced to Eminem’s daughter, Hailie Scott, in the rapper’s raw and emotional 2002 single, “Hailie’s Song,” which he released with The Eminem Show. At the time, she was seven-years-old, and he expresses how she’s made his life worth living and how proud he is to be her father. But the song is also overshadowed by his fraught relationship with Hailie’s mother, Kimberly Anne “Kim” Scott. As Eminem raps: “Now, look: I love my daughter more than life in itself / But I got a wife that’s determined to make my life living hell.”

Youtube Video Published on:  Sep 22, 2015 Here is a clip of Chalease on stage in Oakland.

But while Hailie’s name has been known to the world since the beginning of her father’s career, she has actually lived a relatively private life. Until recently, however, when she decided to go public on social media.

Eminem and Hailie’s mother, Kim, met in high school as teenagers and started dating on and off. They married in 1999, four years after Hailie was born, but quickly divorced in 2001. Around the time, Eminem faced accusations that his lyrics were violent towards women, specifically Kim, whom he names and makes references to killing in his songs. Not to mention that he was also battling a substance abuse problem.

In 2006, Eminem and Kim remarried, but divorced once more after only a few months. By 2010, they had reportedly reconciled, and later in his 2014 song, “Headlights,” he made a public apology, while declaring his love for her once more. Today, they are still separated but share joint custody of Hailie.

This is all to say that Eminem’s daughter Hailie had a rough upbringing in the public eye, but the 21-year-old is now finally ready to step out on her own. On Monday, the world seemingly re-discovered her Instagram account, which already boasts almost 200,000 followers and counting. She started it around 6 months ago with a glamorous model shot as her first post, but in the past few weeks has started posting more frequently, giving followers a glimpse of her life.

Here’s what we know so far: Hailie Scott is currently a student at Michigan State University. She has a cute dog and boyfriend and enjoys everything from inspirational quotes to dirt bikes. What is most abundantly clear though with her makeup-heavy selfies and fashion shots is that this musical scion is following in the footsteps of others like Sofia Richie, Selah Marley, and Levi Dylan, Bob Dylan’s grandson—all of whom are aspiring models. We give it a few months before Hailie has a contract!