Ministers Have Warned Local Authorities Against Using Pay-Offs To Silence Staff, After 200M Spent Over The Past Five Years. 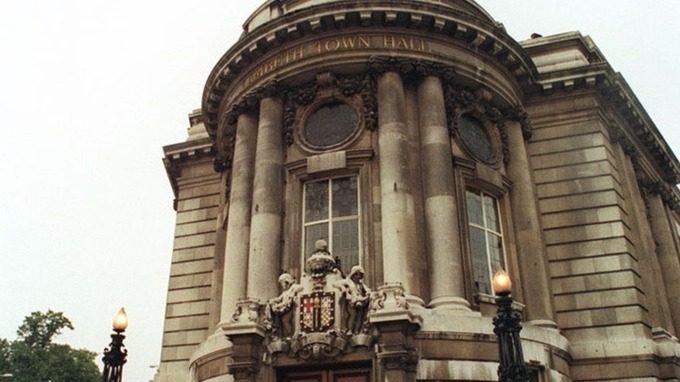 #WeGotYourBack #WeGotItCovered #BreakingNews #UK #LocalAuthorities #£200M #StaffSettlements
Councils have spent more than £200 million on settlements with staff – most of which include “gagging orders”, an investigation has found.
Over the past five years, 17,571 “compromise agreements” or settlements were signed by council workers.
Most include a strict clause preventing them from criticising their bosses, BBC Radio 5 live Investigates has found. Meg Hillier, who chairs the Parliamentary Public Accounts Committee, said it is unacceptable if compromise agreements are used to prevent whistleblowing

Staff received a total of £226.7 million from the settlements, a figure which includes both enhancements and statutory payments.
Meg Hillier, chairwoman of the Parliamentary Public Accounts Committee, told the BBC it is unacceptable if the agreements are being used to prevent whistleblowing.
She said: “It is ridiculous to make people who’re getting redundancy to sign these. It just goes to show it is being used rather indiscriminately.
“There can be no excuse for silencing people who have got a legitimate concern about some serious issues – be it around child protection or basic service delivery that’s not going well.
“If an employee is being told they can’t talk about something and bought off, that’s not an acceptable use of these settlement agreements.”
But Freedom of Information responses received by the programme show many local authorities are continuing to use the clause.
The gagging clauses were signed as part of agreements between councils and workers who are taking voluntary redundancy, early retirement, or are leaving after a dispute at work.
Most workers get a bigger pay-off if they sign the settlement agreement, but BBC Radio 5 Live said it is difficult to assess precisely how much the agreements have cost the public purse because of the different way councils present the figures.
Cardiff Council issued the most settlement agreements, with 2,008 staff signing one over the five years, resulting in pay-outs totalling £5.5m.
Cardiff was using them as a matter of routine when people took voluntary redundancy or early retirement, but said it ended this policy in January 2015.
Wirral Council used the agreements with more than 1,000 people who took voluntary redundancy or early retirement between 2010 and 2012, although the council said they are rarely used now.
The figures come after concerns were raised that authorities are using gagging clauses to stifle criticism.
Several teachers forced out of schools at the centre of the Birmingham Trojan Horse scandal were offered settlement agreements.
The teachers raised concerns about governing bodies that were trying to introduce strict Islamic principles.
A Government report into the scandal found there was a perception among staff that the city council preferred to move teachers on rather than confront misbehaving governing bodies.
A Department for Communities and Local Government spokesman said: “There is no excuse for outrageous pay-offs at a time when all parts of the public sector should be finding ways to save taxpayers’ money.
“We are bringing in a cap on public sector pay-offs of £95,000 and will ensure that high earners will have to repay redundancy money if they return to the public sector within a year.”
The spokesman added: “Recent guidance makes clear that confidentiality clauses should only be used in extreme circumstances and cannot be used to hide the value or nature of any severance payments.
“They should not be used to stop, stifle or control individuals from speaking out about concerns about their employer.”
Read more: http://www.dailymail.co.uk/wires/pa/article-3520996/Councils-spent-200m-staff-settlements-gagging-orders.html#ixzz44kUDf6gt