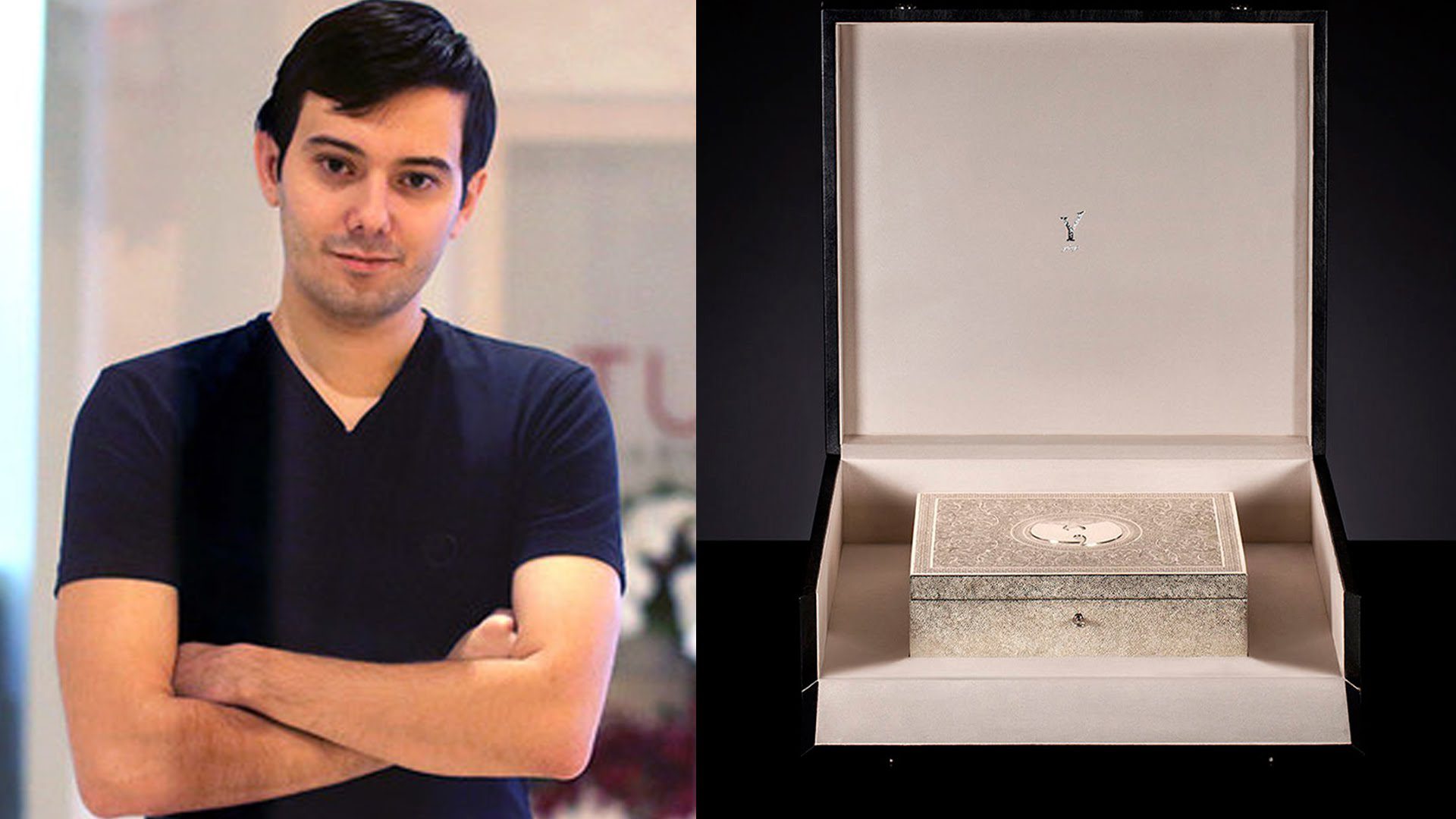 #WeGotYourBack #WeGotItCovered #HipHopDXNewa #USA #NewYork #Entertainment #Politics #HipHop #MartinShkreli #DonaldTrump #WuTangClan #OneDayAlbumLeak #OnceUponATimeInShaolin
Martin Shkreli is the pharmaceutical executive who coughed up a staggering one million (dollars) For  Wu Tang-Clan’s one of a kind record titled Once Upon a Time In Shaolin . He has also received negative press for increasing the price for AIDS drugs.
The infamous pharmaceutical exec promised last month that if Donald Trump won the presidential election, he would leak the Wu-Tang Clan’s Once Upon A Time In Shaolin to the public.
[youtube https://www.youtube.com/watch?v=3dxvCAvIUW0]
Published on Youtube: 9 Nov 2016 Leaked material from Wu-Tang Clang’s “Once Upon A Time in Shaolin”
Well, early this morning (November 9), Trump won the election and Shkreli leaked new Wu-Tang Clan music as he indulged in a Cherry Coke. The clips below feature the new cuts, which Shkreli says are from the intro to the album and the second track as well.
According to Pigeons and Planes, Shkreli said he has to negotiate with Wu-Tang before releasing the full album. He also claimed he had unreleased Tupac, Jimi Hendrix and Nirvana records.
So far, no word from Wu-Tang about the leaked music or further negotiations for the full release of Once Upon a Time In Shaolin.
Link to story: http://hiphopdx.com/news/id.41199/title.martin-shkreli-leaks-wu-tang-once-upon-a-time-in-shaolin-music-after-donald-trump-win