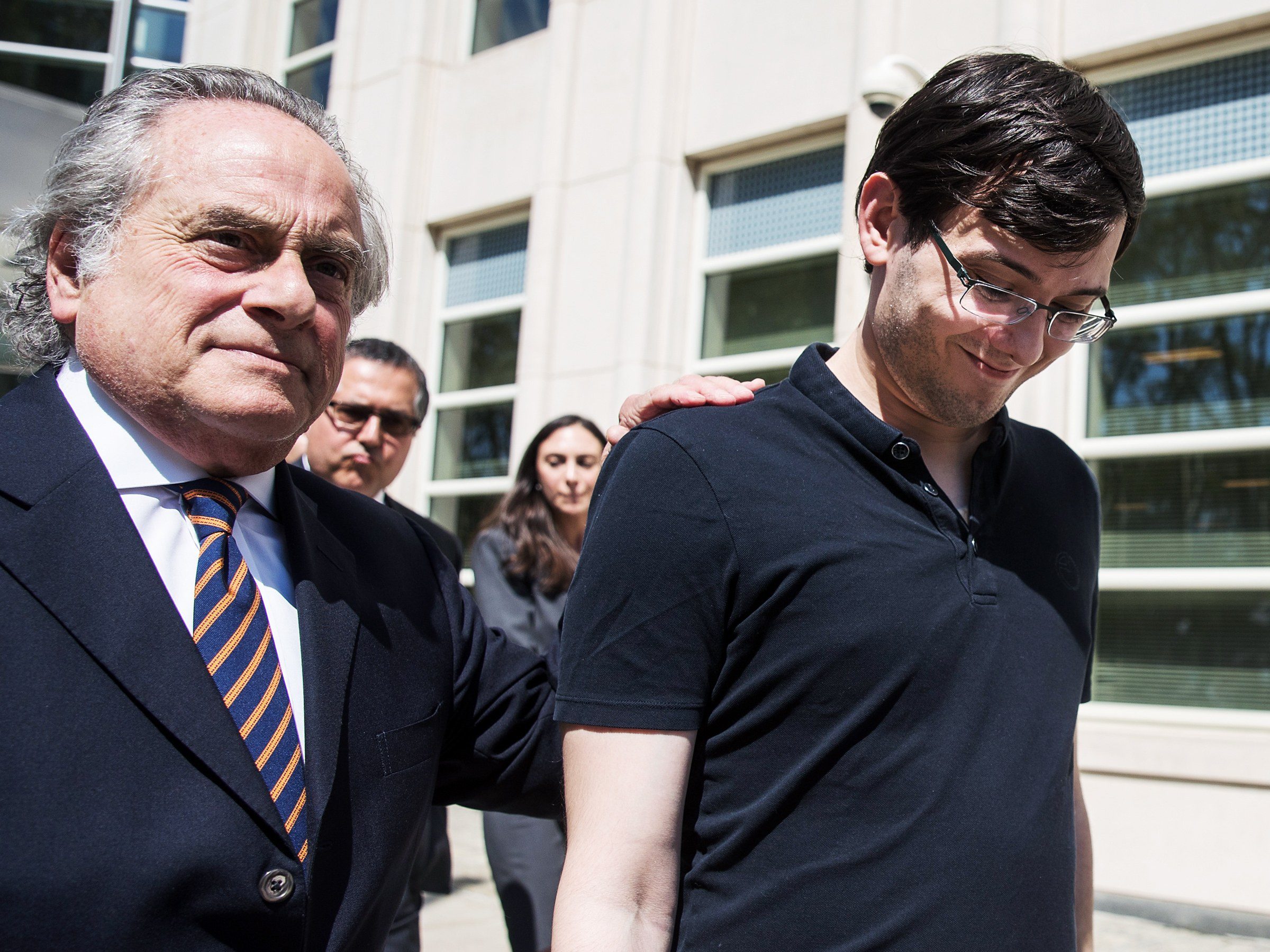 #WeGotYourBack #WeGotYouCovered #BreakingNews #EntertainmentNews #HipHopDX #USA #Brooklyn #NewYork #Court #Jury #Fraud #Conspiracy #MartinShkreli
Martin Shkreli famous for buying Wu-Tang’s album  Once Upon A Time In Shaolin. for $2 million, was found guilty on Friday (August 4th) by a Brooklyn jury. He was facing 8 counts of fraud but was found guilty of 3 according to HipHopDX news.
BROOKLYN, NY – One of Hip Hop’s most notorious proponents in recent years, “Pharma Bro” Martin Shkreli, was found guilty of fraud on Friday (August 4).
According to MSN, a Brooklyn jury deliberated for five days before finding Shkreli guilty on three counts. Shkreli was facing eight counts in total, ranging from securities fraud and conspiracy to commit securities fraud to conspiracy to commit wire fraud.
Prosecutors accused Shkreli of repeatedly misleading investors about what he was doing with their money. The Brooklyn native infamously spent $10,000 on JAY-Z tickets and $2 million on Wu-Tang’s album, Once Upon A Time In Shaolin.
In their closing arguments, Assistant U.S. Attorney Alixandra Smith said Shkreli told “lies upon lies,” while another prosecutor, Jacquelyn Kasulis, said the trial “has exposed Martin Shkreli for who he really is — a con man who stole millions.”
Shkreli’s lawyer Benjamin Brafman portrayed his client as a brilliant misfit who made his investors richer. He reportedly said Shkreli never intended to defraud anyone, and referred to him as an “honest kid.”
In 2014, Shkreli bought the rights to a life-saving drug and promptly raised the price from $13.50 to $750 per pill. After expressing their true feelings towards the defendant, several potential jurors were kept off the panel. One referred to Shkreli as a “snake” and another “the face of corporate greed.”
Shkreli was arrested in 2015 on charges he stole $11 million in stock and cash from another drug company he founded, Retrophin. He reportedly used the money to pay back the hedge fund investors, who took the witness stand on Friday to accuse Shkreli of not disclosing what was happening behind the scenes at the time.
More recently, Shkreli reportedly infuriated Lil Wayne after leaking snippets of Wayne’s long-awaited album — Tha Carter V — in May. In turn, Weezy threatened to sue Shkreli.
https://www.facebook.com/plugins/post.php?href=https%3A%2F%2Fwww.facebook.com%2Fmartinshkr%2Fposts%2F10101570221131225&width=500
Although Shkreli didn’t testify in his frauds case, he took to Facebook to slam prosecutors and news outlets covering his case. “My case is a silly witch hunt perpetrated by self-serving prosecutors,” he wrote in a recent post. “Drain the swamp. Drain the sewer that is the (Department of Justice.)”
Source: http://hiphopdx.com/news/id.44275/title.martin-shkreli-convicted-of-fraud