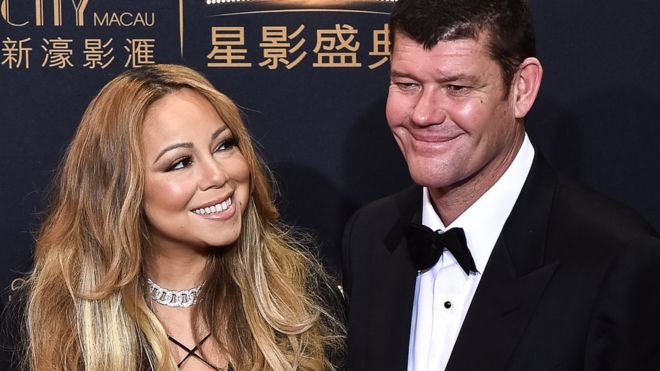 US pop star Mariah Carey and Australian billionaire James Packer are engaged to be married, the BBC has learned.

The couple went public with their relationship last June after they were seen on holiday together in Italy.
Mr Packer, 47, is Australia’s fourth-richest person, according to Forbes, with a fortune estimated to exceed A$4.7bn ($3.1bn £2.3bn).
Mariah Carey, 45, released her first album in 1990 and is one of the biggest selling artists of all time.
Mr Packer, who inherited an Australian media empire from his father Kerry Packer, and now operates casinos, split from his second wife model and singer Erica Baxter in 2013.
Ms Carey announced her break-up from “America’s Got Talent” host Nick Cannon in 2014.
Source: http://www.bbc.co.uk/news/world-australia-35379118