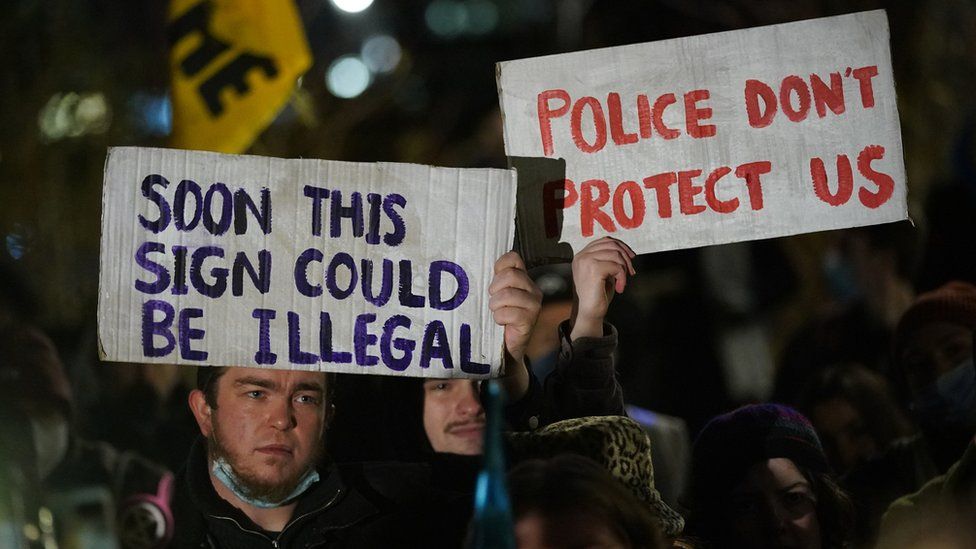 The government has been defeated in the House of Lords several times over its plans to crack down on disruptive and loud protesters.

Opposition peers voted against a number of measures in the Police, Crime, Sentencing, and Courts Bill, with Labour labelling some of the proposals “outrageous.”

Misogyny was also declared a hate crime in England and Wales by peers.

No. 10 expressed disappointment that peers voted against measures to combat some protesters’ “guerilla tactics.”

The bill is now being debated in both the Commons and the Lords. The government will almost certainly continue to fight for its proposals.

The bill is a massive piece of legislation that covers significant proposed changes to crime and justice in England and Wales.

The most contentious aspect is the proposed changes to protests, which the government proposed in response to environmental activists who have recently blocked roads, glued themselves to trains, and shut down printing presses.

The government had hoped that the Lords would back its proposals, but in a series of votes that lasted until early morning of Tuesday, peers repeatedly voted against it.

Ministers were crushed by a vote of 261 to 166 on plans to give police new powers to stop protests in England and Wales if they are deemed too loud and disruptive.

And the Lords also backed, by 238 votes to 171, a Liberal Democrat amendment to strip out the power to impose conditions on protests on noise grounds.

When asked if measures to combat loud protests would be reinstated in the Commons, Mr Raab told BBC Radio 4‘s Today program, “We’ll look very carefully at all of that, but, yes, absolutely.”
“In relation to noise, of course we support the right of peaceful and rambunctious protest, but it cannot be allowed to interfere with the lives of the law-abiding majority.”
He added: “It is disappointing the Lords did not back the public order measures that will ensure the everyday lives of the overwhelming majority are not disrupted by a selfish minority of protesters whose actions endanger lives and cost the public millions of pounds.”