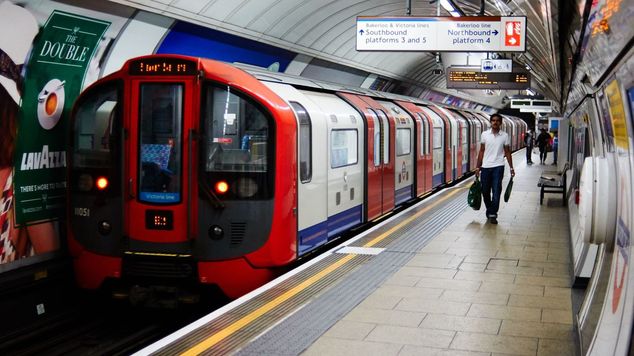 #WeGotYourBack #WeGotItCovered #BreakingNews #DailyMail #LondonUnderground #AllNightTubeLine #VictoriaLine #CentralLine #PiccadillyLine
London Underground’s long-awaited new night Tube is pencilled in to be launched in August, sources have revealed.
Transport for London has not officially named dates for the delayed service to finally start, but it is understood that plans have been drawn up to roll it out line by line.
Passengers will be able to travel through the night on Fridays and Saturdays on the Victoria and Jubilee Lines in August and then on the Central, Northern and Piccadilly Lines in September, it is believed.

The breakthrough has followed acceptance of a pay deal by members of the two biggest Tube unions – Aslef and the Rail, Maritime and Transport union.
The Transport Salaried Staffs Association and Unite have yet to accept the deal, but it is understood that TfL is pressing ahead with starting the night Tube in August.
Part-time Tube drivers are currently being trained to deliver the new service, and are expected to be ready for duty by the summer.
“The new drivers can see what having a strong trade union means for protecting pay and working conditions and whole groups have been joining up together,” said Finn Brennan, Aslef’s organiser on London Underground.
“The package the union has negotiated means they are guaranteed the same benefits as existing drivers and will be able to move to full-time roles if they choose to.”
Aslef maintains that TfL could have introduced the night Tube earlier, but it took 18 months of “tortuous” negotiations before a deal on pay and conditions was agreed.
“We were always clear that we were in favour of night Tube,” added Mr Brennan.
“A world-class capital city such as London deserves a world-class public transport system. We are really pleased that passengers will be able to enjoy an all-night service from August, operated under agreements that have improved conditions for existing drivers and created hundreds of new jobs, and new Aslef members.”
The night Tube was due to start on five lines at weekends last September.
A TfL spokesman said: “No date has yet been agreed for the launch of the night Tube, but we are working hard to deliver it for London as quickly as possible.”
The RMT is balloting engineers for strikes over the planned new service. An earlier ballot of other RMT members returned a huge vote in favour of a pay deal.
Manuel Cortes, general secretary of the Transport Salaried Staffs Association, said: “A lot of water will go under the bridge between now and then, including the fact that London will have a new mayor.
“Like Boris Johnson’s broken promise to keep all booking offices open, night Tube proposals may still go up in smoke.”
Source: http://www.dailymail.co.uk/wires/pa/article-3491106/All-night-Tube-start-running-August.html#ixzz42tUOZdYp