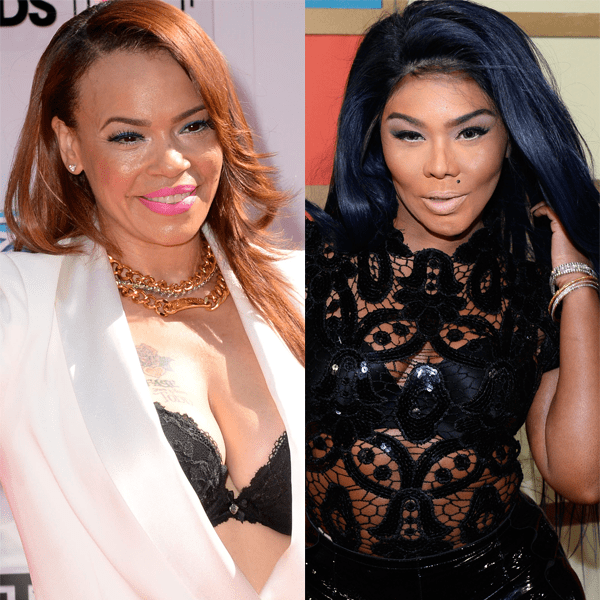 Faith Evans posts lighthearted video with Lil Kim to Instagram.
Months after it was suggested that the feud between Faith Evans and Lil Kim was nearing an end, it appears that the two women have officially put their issues aside.
In a video repost Evans uploaded to her Instagram account, the singer can be seen dancing with Lil Kim as the New York City femcee raps along to Biggie’s “Get Money,” during rehearsal for the Bad Boy Family Reunion Tour.
Well over one year ago, the feud between Faith and Kim showed signs of coming to an end when the two attended the Hot 97 Tip-Off concert in New York City.
Faith snapped a photo of Lil Kim during her performance at the concert, and later posted the picture to Instagram with the following caption:
“@lilkimthequeenbee making it do what it do! #hits #whatsbeef #thatishisplayedout #wegrown #teamfizzy #teamprolific #incomparablealbum”
Both Lil Kim and Faith Evans are slated to appear on the Bad Boy Family Reunion Tour. Other acts on the tour, which will kick off in August of this year, include Ma$e, Puff Daddy, The Lox, and French Montana.
Follow the link below (Source) to view the video of Lil Kim and Faith Evans together.