Ladies start compiling your wish list for the next season: [Vogue] The Ultimate Shoe Guide Spring/Summer 2016 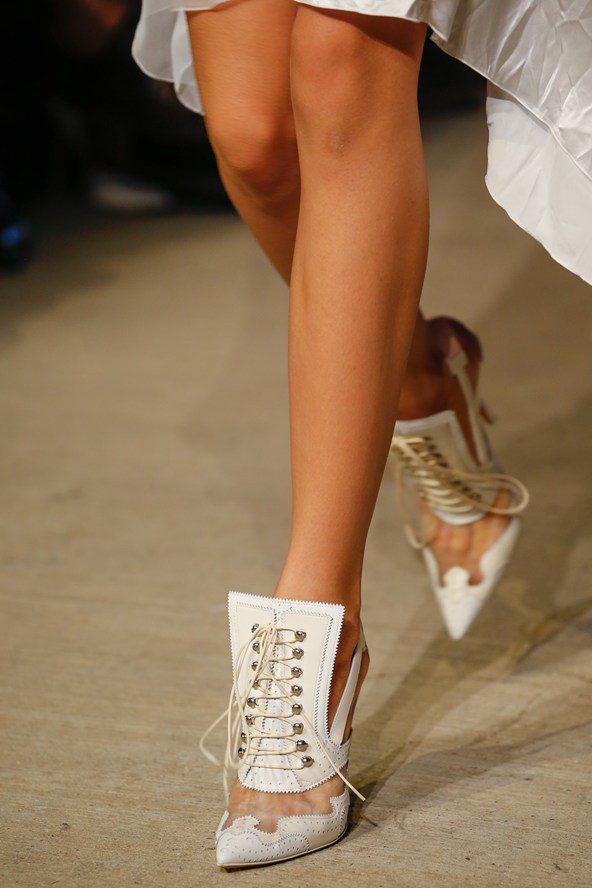 There are a million things you can tell about a woman by what she’s wearing on her feet.

Vogue has complied a gallery of the best shoe styles to covet this coming season? Where no heel is too high and no detail too decadent.

Take the Roman road. Lace up both your flats – as seen at Chloe in both rainbow brights and white – and heels alike (opt for either super high and super sexy at Balmain or Givenchy’s upscale of the modest brogue).
Follow in the footsteps of the Paris designers and light the way. From Chanel’s LED sandals to Miu Miu’s Ziggy Stardust-approved platforms, shoes that catch they eye have been the most-discussed at the shows.
View the gallery: http://www.vogue.co.uk/fashion/trends/2016-spring-summer/spring-summer-2016-shoes