Justin Gatlin: “I Apologise For Any Wrongdoings Or Any Black Eyes I Brought Onto The Sport” 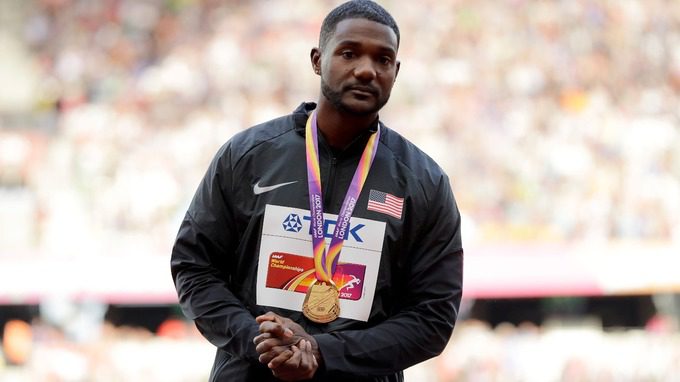 Controversial 100 metre world champion Justin Gatlin has made his first public apology about the furore caused by his doping bans, in an exclusive interview with ITV News.
https://youtu.be/wx8xJu4KZ1c
The American also said the booing he received at this month’s London championships hurt, but helped motivate him to beat Usain Bolt.
The sprinter has served two drug bans and has received criticism for reportedly not showing remorse for his actions.
Gatlin was first banned in 2001 for taking a banned supplement for Attention Deficit Disorder, which he had been using since childhood.
He was given an early reinstatement by world athletics’ governing body the IAAF the following year who also accepted at the time that Gatlin had not cheated.
He was banned again in 2006 after testing positive for the steroid testosterone. Gatlin maintains to this day that this was as a result of sabotage by a disaffected member of his team.

The American athlete says he wrote a letter of apology to the IAAF years ago – however he told ITV News Sports Editor Steve Scott that if people want a public apology then they can have one.

“If they wanted an official apology, I’m sorry, I’m sorry, I apologise for any wrongdoings or any black eyes I brought onto the sport, I love the sport that’s why I’ve come back to run and try to run to the best of my ability and for that I’ve worked hard to right my wrongs”.

Being presented with a gold medal for the 100m World Championships should have been a career highlight for Justin, instead it was marred with jeering and booing from the crowd in London, which the athlete admits “did hurt”.
He said: “It did hurt because I’m not there for myself, I’m up there for my country, I’m up there for my supporters, I didn’t do it for myself. Especially when I was at the starting line I wasn’t there for me. I was there for people back at home watching who weren’t able to come.
“Maybe the boos were for me but standing on the podium was for the people who have loved me and my country that I love,” said Gatlin.

The American star said he had to overcome his concern about what people thought about him before he came back to running:
“I wanted people to respect me, to love me, to know that I’m a hard worker like anybody else.
“I felt like sometimes that fell on deaf ears, and it took away from my focus of being a runner because I was so consumed by what people would think about me and judging me, that I really had to just dial-in and just focus on being a runner and let natural talent do all the talking.”
There has been friendly rivalry between the much-loved Usain Bolt and the 35 year old throughout their careers but with Bolt now retiring, public forgiveness might be easier to come-by.
Gatlin is next due to compete at the Diamond League meeting in Zurich this week.