“Insects Are The Next Sustainable Cuisine”Q&A: Mario Hernandes On Eating Insects 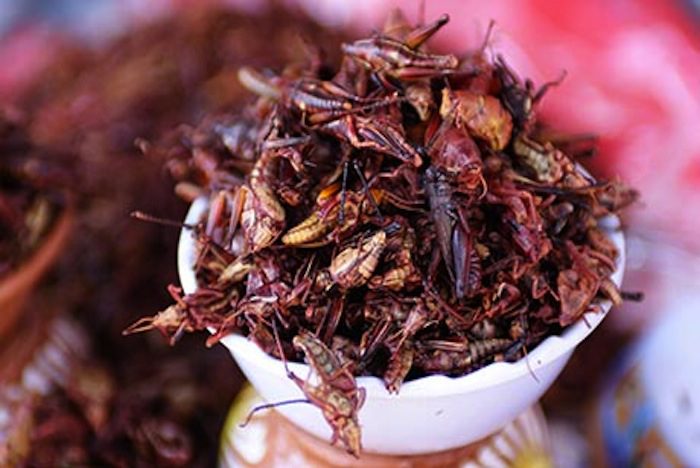 Chef Mario Hernandez of New York City’s Black Ant talks  about the roots of insect cuisine, and how he’s bringing it to the hungry and curious.
Popular Science: What kind of food do you serve at Black Ant?
Mario Hernandez: We rescue forgotten recipes from every state in Mexico and bring them to New York with a new twist. Many use insects like grasshoppers, jumiles [stinkbugs], capiguaras [leaf-­cutter ants], and mosquito eggs.
PS: When did you first eat insects?
MH: When I was a little kid, my grandma would take us to the market every Sunday, and ladies from villages in the mountains would bring insects—some of them would go into salsa, some into different moles. It was always part of our big weekly meal. It was a celebration.
PS: How does Black Ant procure the insects for its menu?
MH: Insects are seasonal. When the rainy season starts, one of our chefs travels to Mexico and harvests little grasshoppers for two to three weeks. We let the rest grow and reproduce, and then we harvest the big ones. It’s the same process for ants. They come out of the nest only once a year, when the first rains start hitting the soil. We go for two to three days and harvest as many as we can.
PS: Why have other chefs been slow to use them?
MH: Many chefs are afraid of customer reactions. Or they feel ashamed of their own roots, because in Mexico, it’s an indigenous food. In the beginning, insects were considered only for the peasants, but now they’re a delicacy.
PS: Do you think we’ll start seeing insects in more restaurants?
MH: I think so. First of all, everyone’s more conscious about global warming and the sustainability of protein. And second, they are really tasty. People tried them because they were curious, but now they order them again and again.
PS: Several companies have begun to make insect-based snack foods. Will people buy them?
MH: Why not? But if you grind up insects, you lose a lot of the flavor. At Black Ant, we’re going to launch a line of chapulines [grasshoppers] for supermarkets. We’ll have five different flavors, some toasted with chiles, and others with lavender and honey. We’ll also sell ant salt and gusanos, or agave worms.
PS: How will Black Ant’s menu change for the winter?
MH: One of the hot items on the menu will be grasshopper tlayuda. We’re going to have chapulines tacos with ant-salt guacamole. We have some beautiful fish roasted with ants and chiles. And it will be the season of ant eggs, so we’re going to have escamoles, which are the eggs of a particular ant of central Mexico. They taste like caviar.