Illegal Version Of The Drug That Killed Prince Is At The Centre Of An Emerging Epidemic In America. 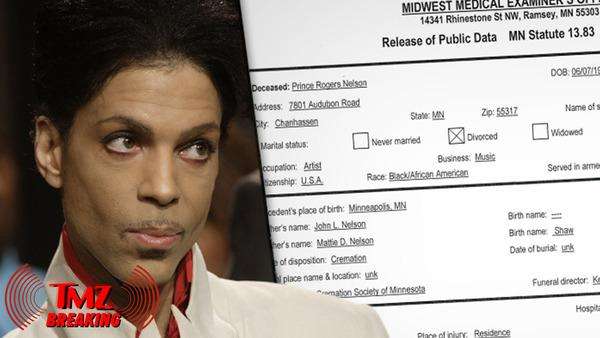 #WeGotYourBack #WeGotItCovered #BreakingNews #EntertainmentNews #USA #Prince #AccidentalOverdose #Fentanyl #OpioidEpidemic #IllegalLabsInChina  #MexicanCartels
Fentanyl is up to 100 times more powerful than morphine, and 50 times more potent than heroin.
It has been used in hospitals for decades in the form of skin patches and lozenges to relieve extreme pain.
But now an illegal version is on the streets, and just a few grains of the white powder can kill a user before they’ve even finished injecting it.
Drug Enforcement Administration spokesperson Rusty Payne has told Sky News that fentanyl has become a particular problem in the last 18 months because illegal labs in China have worked out how to make it in large quantities.
Mexican cartels then buy it wholesale, and push it on the streets in America through their existing opiate trafficking networks.
For that reason, a lot of fentanyl is found in places with existing heroin problems, particularly in northern states like Massachusetts, New Hampshire and Pennsylvania.
It is also turning up in places like Ohio, Florida and Kentucky.
Mr Payne said: “We are seeing huge fentanyl seizures all over the North East, more than we’ve ever seen before, and a lot of times replacing heroin.
“You can stretch the fentanyl product much, much further than heroin.
“You could take a kilo of fentanyl and turn it in to 25 kilograms and make close to a million dollars, whereas with heroin you could make one or two hundred thousand dollars per kilo, when broken down and packaged.
“Fentanyl is a major problem, we would say that it’s an epidemic, as is the entire opioid epidemic which includes heroin, prescription drugs and fentanyl.”
An up-to-date national picture of the effects of fentanyl isn’t really available because many hospitals and labs across America don’t routinely test for it.
The latest country-wide figures from The Centers For Disease Control (CDC) are from two years ago.
The CDC reports that of all known cases in 2014, approximately 5,500 people died of overdose deaths involving synthetic opioids (including fentanyl) other than methodone.
That’s an increase of 80% on the year before.
But in the New Hampshire state police crime lab they track fentanyl on a daily basis.
Often mixed in with heroin, it turns up in around half of the 750 monthly drug samples that get delivered there.
In 2015 alone, more than two thirds of all overdose deaths were fentanyl related.
Lab director Tim Pifer showed Sky News a few grains of white powder in a vial.
“That’s enough fentanyl to kill you”, he said.
“It’s so dangerous because visually there’s no difference between a heroin sample or a fentanyl sample.
“So the street dealers don’t know what they’re selling, the users don’t know what they’re really injecting in to themselves, even our undercover narcotics officers do not know what they’re purchasing.
“These individuals who have addictions are literally playing with a loaded gun every time they put the needle in their arm.”
Many people first take fentanyl without knowing it because the cheaper substance is often mixed with other drugs to increase profits for dealers.
But some who get hooked on the rapid, short-lived high actually seek it out.
That’s what is happening with some addicts in Lawrence, Massachusetts.
The old mill town outside Boston has long been used as a hub for dealers and traffickers, and now fentanyl is compounding the crisis there.
Under the Casey Bridge a community of homeless people describe how they have struggled with it.
Mike and Brittany are expecting a baby in six weeks.
Former drug dealer Mike said: “All I’ve known my whole life is selling drugs and robbing people.
“It’s (fentanyl) taking everything over, people are dying from it and it’s so easy to make, it’s so easy, cheap, moves quick, makes a lot of money, it’s heaven for the dealers but it’s hell for the users.”
Read on: http://news.sky.com/story/1715957/painkiller-that-killed-prince-on-the-rise-in-us