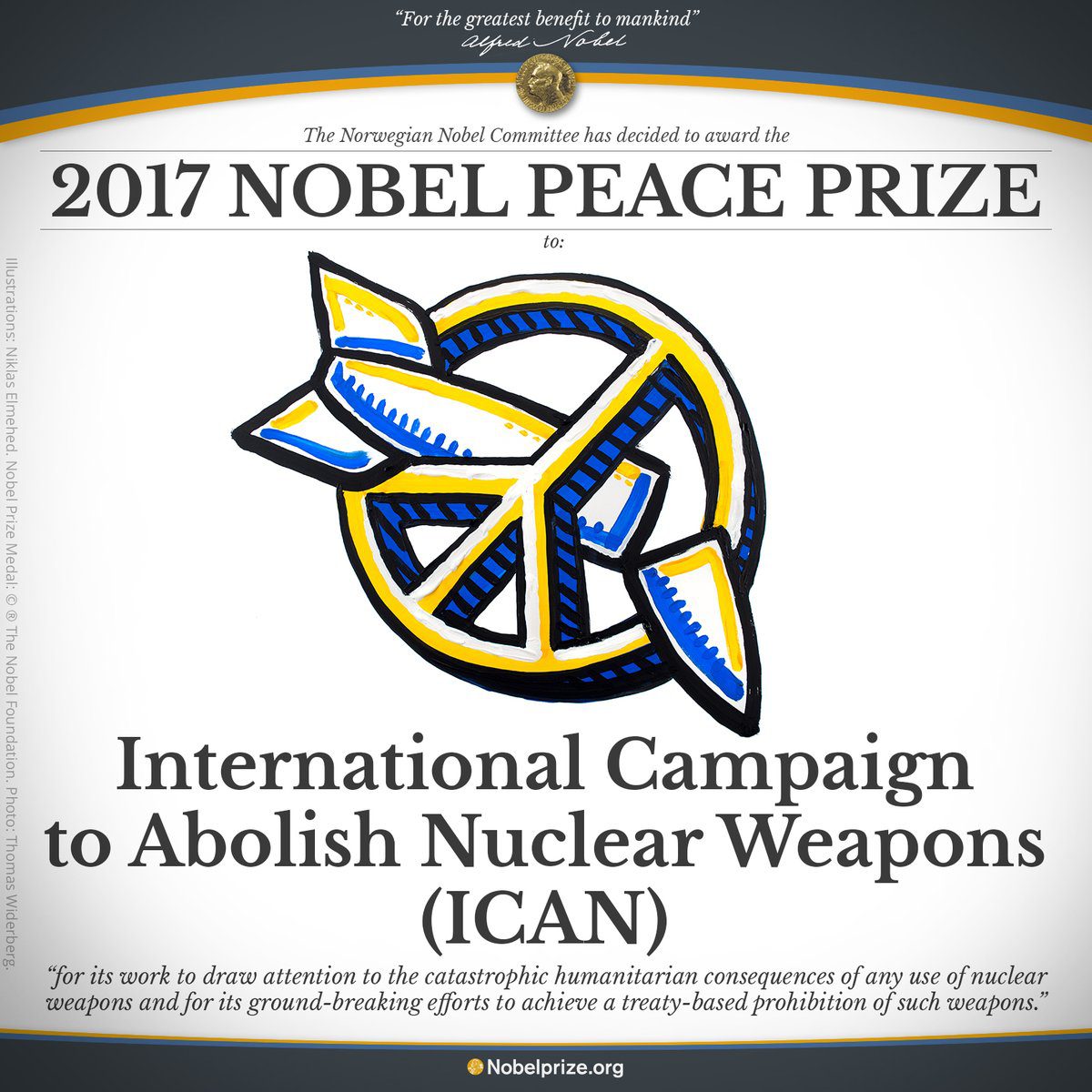 The International Campaign to Abolish Nuclear Weapons (ICAN) has won the Nobel Peace Prize for 2017.
The Norwegian committee said it had given the award “to draw attention to the catastrophic human consequences of any use of nuclear weapons” and for the campaign’s “groundbreaking” work to draw up a treaty banning the weapons.
The Geneva-based group beat off competition which was thought to include Pope Francis, the Syrian White Helmets, and the UN High Commission for Refugees.

We live in a world where the risk of nuclear weapons being used is greater than it has been for a long time.

Some states are modernizing their nuclear arsenals, and there is a real danger that more countries will try to procure nuclear weapons, as exemplified by North Korea.

– NOBEL COMMITTEE
//platform.twitter.com/widgets.js” data-on-all-screens=”true”>
The Nobel committee hailed ICAN’s work as giving “momentum and new vigour” to stop nuclear proliferation and encourage debate on disarmament.
The Nobel Peace Prize has been given out since 1901, with a total of 98 individuals and organisations honoured with the prestigious international award since them.
Committee members sorted through more than 300 nominations this year, it has been revealed.
Among the previous winners were Martin Luther King Jr, Malala Yousafzai, Mother Teresa, and Nelson Mandela.
Source: http://www.itv.com/news/2017-10-06/the-international-campaign-to-abolish-nuclear-weapons-wins-nobel-peace-prize/