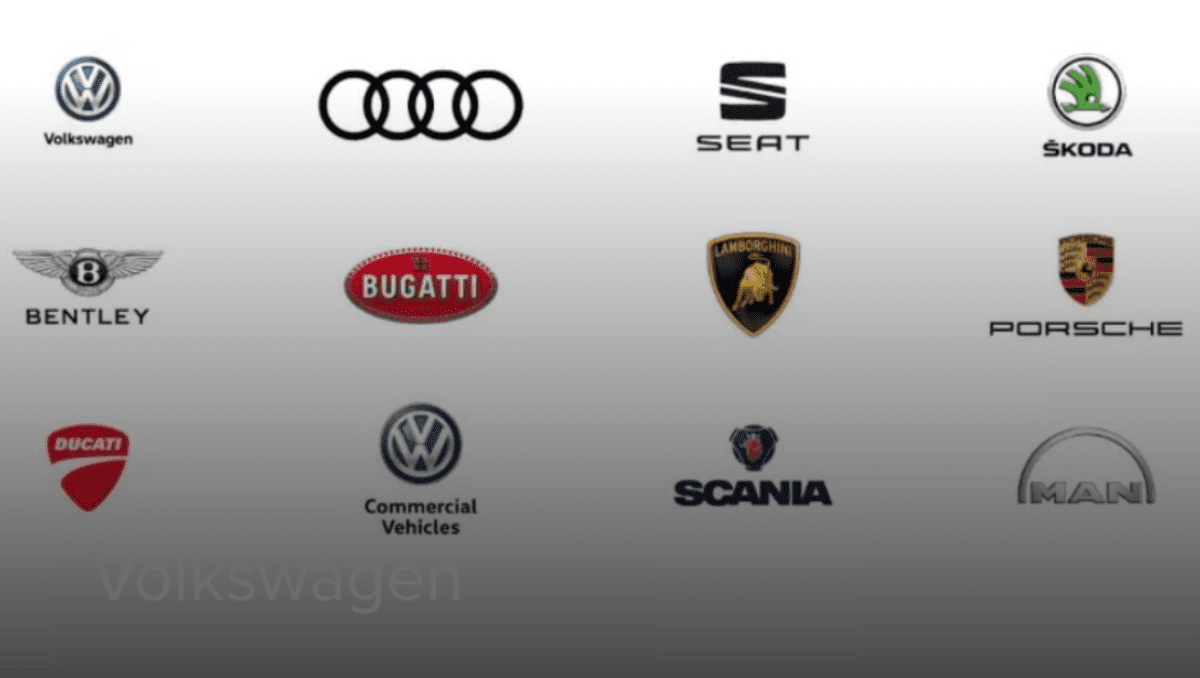 The Car brands Volkswagen Group own include Porsche, Audi, Bentley, Bugatti, and Lamborghini.

It’s no secret that the automotive sector is enormous and intricate. If you’re a car lover, you probably already knew that the Bentleys, Bugattis, and Lamborghinis on your wall were Volkswagens. If you didn’t know: Volkswagen Group owns Porsche, Audi, Bentley, Bugatti, and Lamborghini.

The Austrian Porsche-Piech family indirectly owns the top German automaker’ which ranks in the top 10 of Fortune Global 500 list. In this case, Porsche refers to the luxury sports car brand owned by Volkswagen AG. That settles it, then. Porsche is a part owner in the Volkswagen Group and is owned by that company. In this article, we’ll study the roots of Volkswagen’s unusual corporate structure and its multiple organisations.

A Brief History Of The Car Giant

When Volkswagen, then owned by the German government, turned private in 1960, lawmakers there passed legislation intended to keep them in charge of the business. It was essentially stated in these regulations that any shareholder holding more than 20% of ownership (the government had 20.1%) could veto any proposed resolution.’ This ensured that the government would remain in charge and would preclude any further hostile takeover attempts.

Porsche SE, a German holding company owned by Ferdinand Porsche’s heirs, began amassing a stake in the Volkswagen Group in 2005. By 2006, Porsche owned 25.1% of the company, giving it equal veto power with the government.

After years of stock accumulation and denial of takeover intentions, Porsche SE declared in October 2008 that it had acquired 42.6% of VW stock with options for another 31.5%. A 75% increase, it argued, would let it incorporate VW AG’s cash position into its own records.

Short-squeezing in the market was the end outcome. The government claimed it would not sell its remaining 20.1% stake. A small number of shares were left when they and Porsche SE bought up the rest. As short sellers rushed to close their positions, the share price jumped from around €200 to above €1,000. There was a brief period in which Volkswagen was the most valuable firm in the world. Porsche SE had to take the cash difference between the market price and the sum it pledged to pay outstanding investors in order to carry out its original plan.

The EU Court of Justice concluded in October 2013 that the Volkswagen law draught ‘complied in full’ with EU standards, effectively making Porsche SE the majority shareholder of Volkswagen AG.

You can read a fantastic breakdown of Porsche’s cunning move in today’s New York Times if you want to learn more.

Wow Is that A Volkswagen?

The members of this large, multifaceted family tend to share at least a few characteristics. It’s common knowledge that the Audi R8V10 and the Lamborghini Huracan use the same V10 engine. However, here is one tangible relative: the new Audi Q8 vs the Lamborghini Urus.