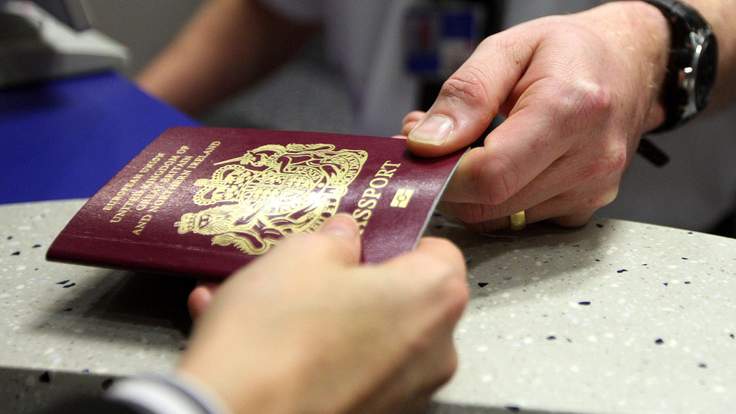 #WeGotYourBack #WeGotItCovered #BreakingNews #SkyNews #HomeOffice #NewSecuritySystemOverdue #AndyBurnham #TheresaMay
Officials have been “worryingly dismissive” about concerns over a security system which is eight years late and £400m over budget.
A new system, which was due be working by 2011, will be eight years late and £400m over budget, according to the Public Accounts Committee.
In a report published on Friday, the committee said the Major Projects Authority had made seven warnings about the issue since 2010.
Despite this, the committee suggests officials “were worryingly dismissive” about those warnings.
Meg Hillier, who chairs the committee, told Sky News: “The whole aim of the programme in the beginning was to minimise the risk to the UK and make sure we’re tracking and catching people who mean to do our country harm before they get here.”
She added that although some measures have been put into place, the Home Office needs to act and specify when it will deliver e-borders “in its full state”.
Since 2003, the Home Office has run several programmes to collect passenger information in advance of travel to help them identify persons of interest and prevent travel where deemed necessary.
In 2007, it entered a contract with Raytheon to deliver an “e-Borders” solution, but the Home Office cancelled this contract in 2010.
Subsequent programmes, including the Border Systems Programme and Digital Services at the Border, took over where Raytheon left off.
But the committee is concerned the Home Office “does not have a clear picture of the management information it has or needs to manage the UK border”.
The influential group of MPs conclude: “It is difficult to understand where this confidence comes from, given the lengthy delays and continual warnings of ongoing management issues, which gives us cause for concern about the future prospects for this programme which is vital to national security.”
Labour’s shadow home secretary, Andy Burnham, has called on Theresa May to act on the warnings, protect the Border Force, and “take urgent action to close these alarming gaps in the UK border”.
He added: “Once again, there’s a damaging gap between the rhetoric and the reality.”
The Home Office has described protecting the UK’s borders as its “top priority”, with a spokesman insisting the department is investing heavily to tackle the threat posed by terrorism, organised crime and illegal immigration.
“Every passenger crossing our control points into the UK is checked against a range of watchlists and the UK passport is among the most secure in the world,” the spokesman added.
“We are considering the findings of the Public Accounts Committee and will respond to its report in due course.”