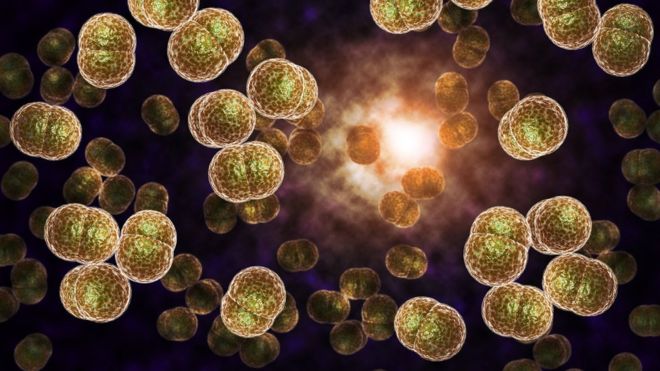 Dame Sally Davies has written to all GPs and pharmacies to ensure they are prescribing the correct drugs after the rise of “super-gonorrhoea” in Leeds.
Her warning comes after concerns were raised that some patients were not getting both of the antibiotics needed to clear the infection.
Sexual health doctors said gonorrhoea was “rapidly” developing resistance.
A highly drug-resistant strain of gonorrhoea was detected in the north of England in March.
That strain is able to shrug off the antibiotic azithromycin, which is normally used alongside another drug, ceftriaxone.
In her letter, the chief medical officer said: “Gonorrhoea is at risk of becoming an untreatable disease due to the continuing emergence of antimicrobial resistance.”

But while an injection of ceftriaxone and an azithromycin pill are supposed to be used in combination, this may not always be the case for all patients.
Earlier this year, the British Association for Sexual Health and HIV (BASHH) warned that some online pharmacies were offering only oral medication.
Using just one of the two drugs makes it easier for the bacterium to develop resistance.
The letter, which is also signed by chief pharmaceutical officer Dr Keith Ridge, stated: “Gonorrhoea has rapidly acquired resistance to new antibiotics, leaving few alternatives to the current recommendations.
Read More: http://www.bbc.co.uk/news/health-35153794