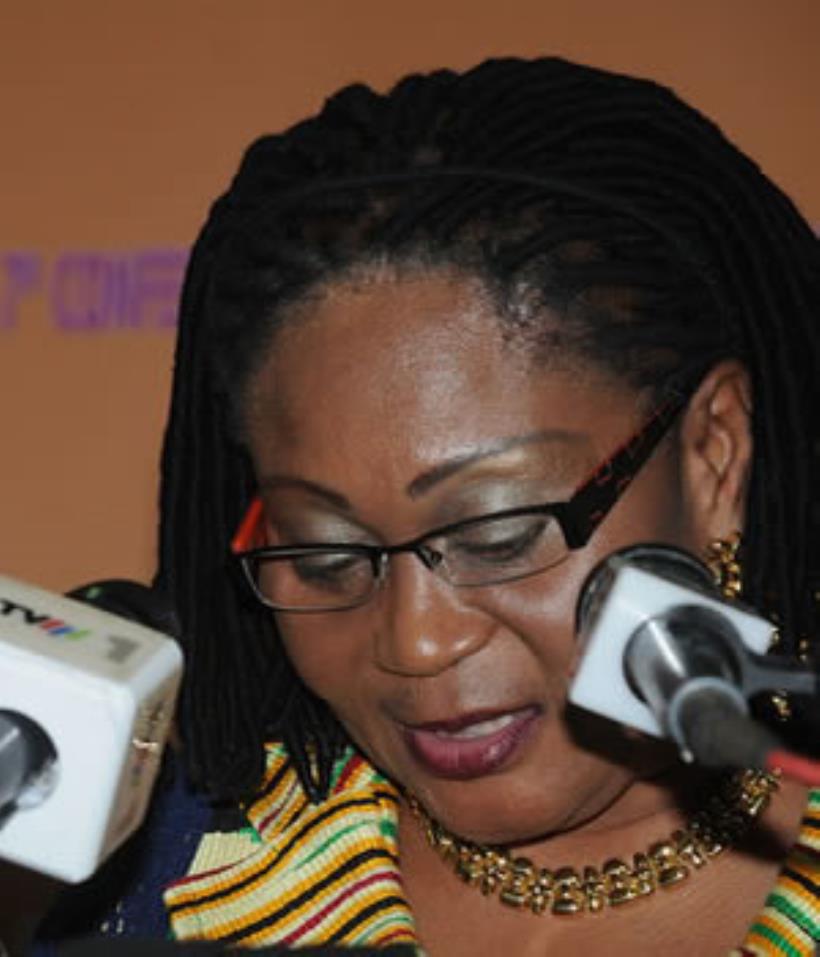 #WeGotYourBack #WeGotItCovered #BreakinNews #ModernGhanaNews #Ghana #MrsLordinaMahama #WorldHealthOrganisation #ZikaVirus
The First Lady, Mrs Lordina Mahama, has urged the World Health Organisation and the International Community to speedily deal with the Zika Virus outbreak in the Americas to prevent its spread to other parts of the world.
Mrs Mahama, who is also the President of the Organisation of African First Lady Against HIV/AIDS (OAFLA), said in a statement to the Ghana News Agency, in Accra, that already the virus had infected thousands of pregnant women and their newborns in North and South America and continued to spread on a daily basis.
The statement said Mrs Mahama, who was addressing the closing session of the 16th Ordinary General Assembly of OAFLA, in Addis Ababa, in Ethiopia, made a passionate appeal to world powers to help the women and their unborn babies now and avoid another Ebola-like virus attack, which was still fresh in the minds of the people.
The meeting, which brought together more than 12 first ladies and representatives, partners, donors, and technical advisors, was on the theme: ‘Advancing Sustainable Partnerships to End Paediatric AIDS & Improve Adolescent Sexual Reproductive Health & Rights.’
Held twice a year, in January and June, on the sidelines of the African Union Summit, the meeting enables the first ladies to come together to take stock, refocus their commitment and collectively seek ways to overcome the challenges, and identify sustainable and scalable action areas, the statement said.
The statement said the First Lady expressed her appreciation to the other first ladies for their support throughout the meetings. ‘I am confident that together, we can make monumental strides during my tenure of Office.’
She said in furtherance of OAFLA’s pledge in South Africa for an AIDS-free generation, members should embark on a year-long intensive intervention in their respective countries in collaboration with the National AIDS Councils and Commissions, Ministries of Health and UNAIDS of their respective countries.
Mrs Mahama proposed that the focus should be specifically on the elimination of mother-to-child transmission of HIV by 2017, through raising awareness among populations for systematic HIV testing of all pregnant women, their partners, and babies born to HIV positive women.
She also called for advocacy and action for an effective integration of Prevention of Mother-to-Child Transmission (PMTCT) into maternal newborn and child health for efficiency, rapid scale-up and sustainability.
She said there was the need to succeed in extending efforts and commitment beyond EMRICH to end Paediatric AIDS by 2020 towards an AIDS-Free generation in Africa.
She proposed that the first ladies should join efforts to organise a high-level advocacy meeting on Paediatric AIDS within the next few months with their ministers of health, gender and education, parliamentarians and other partners involved in HIV issues for a stronger political and donor engagement.
She also asked them to mobilise resources within their countries, specifically from the private sector, to scale up treatment of children, according to the statement.
She said only 75 per cent of pregnant women living with HIV received antiretroviral for PMTCT in 2014 and only 30 per cent of HIV positive children received treatment while the mother-to-child transmission was no longer an issue in developed countries.
The President of OAFLA said Cuba had already eliminated it and other African countries were on a precipice, therefore, she believed that all OAFLA member countries could and should eliminate mother-to-child transmission by the end of 2017.
Read more at: http://www.modernghana.com/news/673132/first-lady-wants-who-to-check-spread-of-zika-virus.html